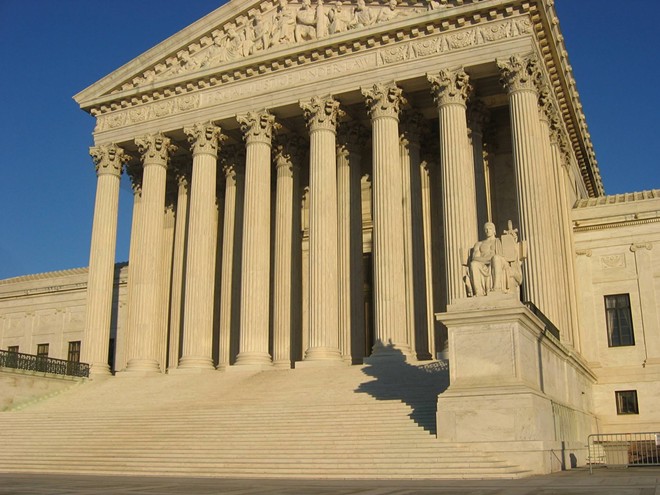 President Donald Trump's administration is urging the U.S. Supreme Court to rule that it is legal for employers to fire transgender employees in a case stemming from metro Detroit.

The Department of Justice filed a brief Friday arguing that federal anti-discrimination laws do no protect LGBTQ+ workers.

The U.S. 6th Circuit Court of Appeals previously ruled in favor of Aimee Stephens, who was fired in 2013 from a Garden City funeral home after she informed her employer that she was transitioning from a man to a woman.

Stephens alleges in a lawsuit that her termination from R.G. & G.R. Harris Funeral Home was a violation of the Civil Rights Act of 1964, Title VII, which prohibits employment discrimination based on race, color, religion, sex and national origin. She says the act extends to transgender workers.

Under President Barack Obama, the DOJ and Equal Employment Opportunities Commission sided with Stephens, saying gay and transgender workers were protected by Title VII. That was the position of the U.S. 6th Circuit Court of Appeals, which said "discrimination because of sex inherently includes discrimination against employees because of a change in their sex."

The cases will be watched closely, not only because of the impact of the ruling, but because it’s the first time the court has confronted LGBTQ issues since the retirement last summer of Justice Anthony Kennedy, who supported gay rights. He was replaced by the more conservative Justice Brett Kavanaugh.