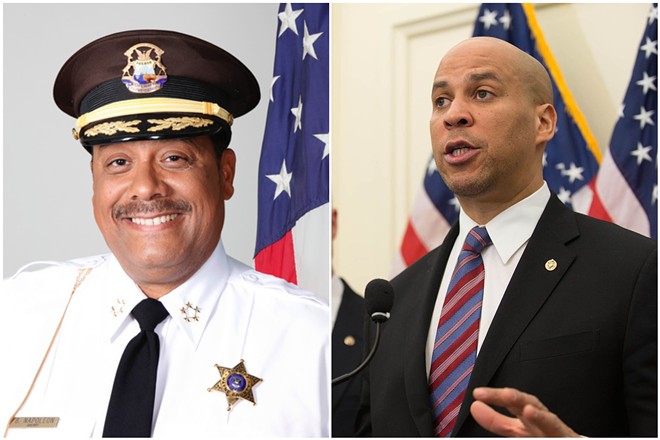 "I have known Cory Booker for years and continue to be personally inspired by his comprehensive plans to take on criminal justice reform, combat gun violence, and address the rise in violence incited by white nationalism,” Napoleon said in a statement.

“He understands the problems facing urban communities and communities of color, and is ready to lead with compassion and strength. I believe that the Democratic Party should nominate Cory, because he is just the candidate we need to energize voters in places like Detroit, who are essential to winning back the White House in 2020."

The endorsement comes as Booker, whose mother was born in Detroit, struggles to gain traction in the crowded field of Democrats. A recent Morning Consult poll shows Booker garnering just 3 percent of the vote.

Michigan is expected to be a critical state for Democrats after President Donald Trump won by less than a percentage point. Michigan's primary election is March 10.

While in Detroit for the two-day Democratic primary debate earlier this month, Booker delivered a 30-minute speech at St. Andrews Hall, encouraging voters to "rise up" and defeat Trump. Booker said Detroit reminded him of Baltimore.

"I love this city [Detroit] because it reminds me of this defiant spirit in America. In the aftermath of a president who wants to attack the entire city of Baltimore," Booker said. "This is the rising; the rising of Detroit — the rising of Baltimore. No matter how much a president wants to try to tear us down, we know that we love our communities and that we're willing to fight for them."

Collin Keehn Stay on top of Detroit news and views. Sign up for our weekly issue newsletter delivered each Wednesday.