910AM Superstation fires conservative firebrand Nolan Finley for being 'boring' 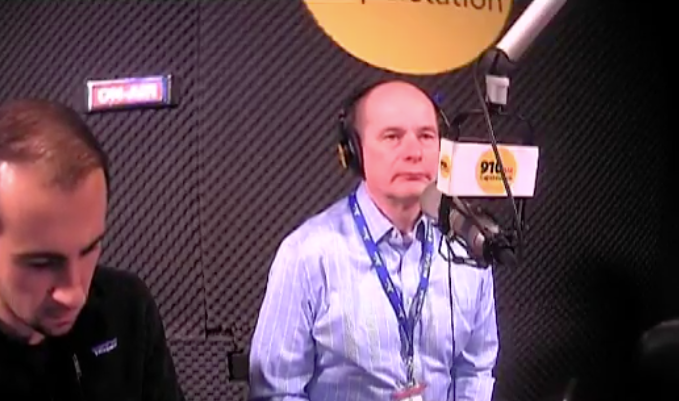 Conservative firebrand and radio host Nolan Finley was fired from 910AM Superstation on Tuesday because the station’s owner said he was “boring” and didn’t connect with listeners.

Listeners of the predominately Black radio station often complained that Finley, the snarky editorial page editor of The Detroit News, was dry, spoke in monotone, and didn't tolerate criticism from callers.

One of the only white hosts on the station, Finley yielded low ratings during his weekday morning show from 7 a.m. to 9 a.m.

"The guy was horrible, and the show was boring," station owner Kevin Adell tells Metro Times. "He didn't excite people."

Adell says he finally decided to dump the conservative commentator after Finley "took off for a full week and didn't tell anyone." Adell said Finley became disrespectful after his pay was cut because of the poor ratings. Instead of calling Finley and telling him he was fired Tuesday, Adell let him learn about his termination from the media.

"He was getting low ratings, so I cut his pay, and then he had a bad attitude," Adell says. "Instead of helping turn around the show, he did the opposite. He was unresponsive. He was not willing to make changes. We tried telling him he should be more enthusiastic. We told him to be more energetic and stop being so boring."

"We had a good two years and I enjoyed it," Finley tells Metro Times. "I’m surprised the show lasted this long, since neither [co-host] Kelly [Cobb] nor I had any radio experience going in."

On Sept. 9, Finley will be replaced with radio veteran and personality Coco, who previously co-hosted a morning show on the hip-hop station 97.9FM WJLB. Coco is lively, gregarious, and popular in Detroit.

Here is 910AM's schedule of hosts.