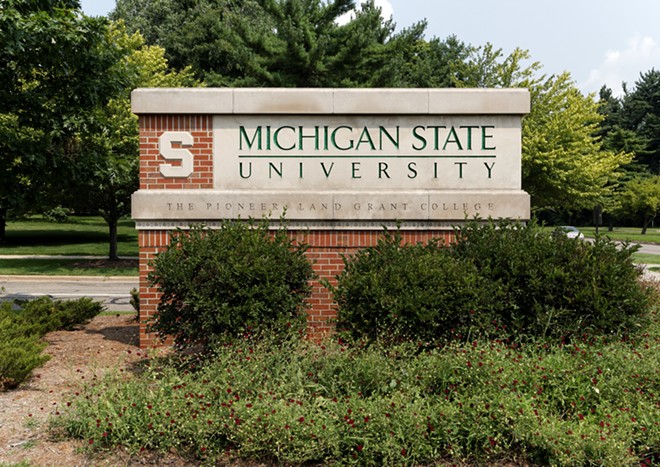 The dismissal motion, which was more than 1,000 pages, argues the claims failed to show MSU was liable and that the women did not file within the proper time limitations.

"Although Nassar’s actions were repugnant and merit the heavy criminal penalties imposed upon him, the law does not support Plaintiffs’ attempts to hold the MSU Defendants liable for his wrongs," the filing concludes, adding that "the MSU Defendants respectfully request that the Court dismiss Plaintiffs’ Complaints in their entirety with prejudice."

All 107 claims were filed during the later stages of the sex abuse scandal — known as the “second wave” — after the university reached a $500 million settlement with 332 Nassar victims last year.

Mary Pat Rosen, a Royal Oak lawyer for a second-wave victim, told The Detroit News that it is unfortunate that MSU continues to act in ways that harm Nassar victims.

"By filing this motion, MSU has again let these survivors down," she said, adding that some of the second-wave victims plan to meet and speak to the newly appointed President Samuel Stanley at the university’s Sept. 6 board meeting.

"He has indicated he wanted to meet with the survivors, we have followed up and asked him, yet nothing has yet been put in motion," Rosen said. "Many people believe these claims are all resolved. Maybe [university public relations] or marketing want [MSU] to be perceived as taking steps, perceived they are taking care of business, but in reality [this motion] is very inconsistent with what they are doing."

Lawyer Robert Darling, who is representing three of the victims, told the News that the university's motion to dismiss is an injustice.

"They treated these ladies as second-class citizens," Darling said. "There is no reason why wave two should be treated any differently than wave one. ... It's outrageous."