Sasha Obama set to attend University of Michigan on Tuesday 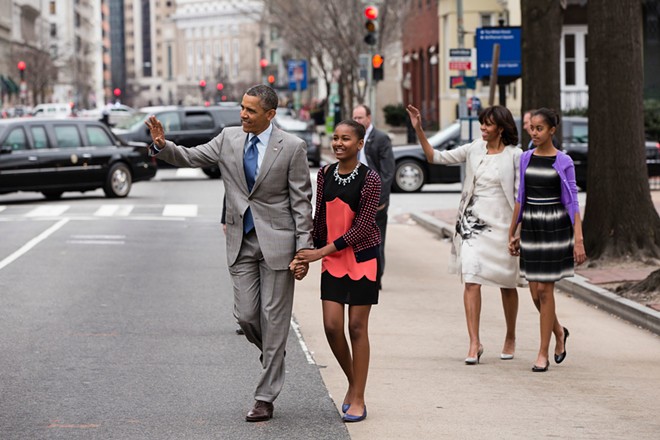 Sasha Obama, daughter of former President Barack Obama, is set to begin classes at the University of Michigan next Tuesday.


Dorm move-in is slated for Wednesday through Friday this week, though students spotted the younger Obama on campus the day before most freshman and their families began descending on the streets of Ann Arbor. Multiple unconfirmed reports suggest Sasha will be residing in the dorms.


While many first kids choose Ivy League schools, Sasha will join the ranks of a number of presidential children to attend public universities. Jenna Bush Hager and Lynda Byrd Johnson Robb went to the University of Texas-Austin, while John and Stephen Ford picked Utah State University.


Though Sasha will be the first daughter of a president to go to U-M, the school has been home to many well-known politicians, artists, and athletes. Gerald Ford, Madonna, James Earl Jones, and Tom Brady all attended the university.

Another fan of Ann Arbor? Former President Barack Obama himself. He gave the 2010 U-M commencement address and has held multiple rallies on campus. He’s even a fan of Zingerman’s Deli, where patrons can find a buttery pecan pastry named in his honor.


Given the Obama family’s fondness for Ann Arbor, it’s no stretch to suggest one might run into the former first family on the streets of Michigan’s favorite college town.