Governor Gretchen Whitmer said she decided to ban e-cigarettes after the state Department of Health and Human Services concluded that youth vaping was a public health emergency.

“My number one priority is keeping our kids safe and protecting the health of the people of Michigan,” Whitmer told The Washington Post, which first reported the ban.

The move is controversial because many people quit smoking regular cigarettes by switching to vaping, which generally is considered less harmful. The longterm effects of e-cigarettes are still subject to debate and research.

Young people who decide to take up smoking will now have to buy regular cigarettes under the ban.

The ban comes amid a mysterious and life-threatening lung illness believed to be caused by vaping. But new evidence suggests the cause may be linked to vaping marijuana oil. 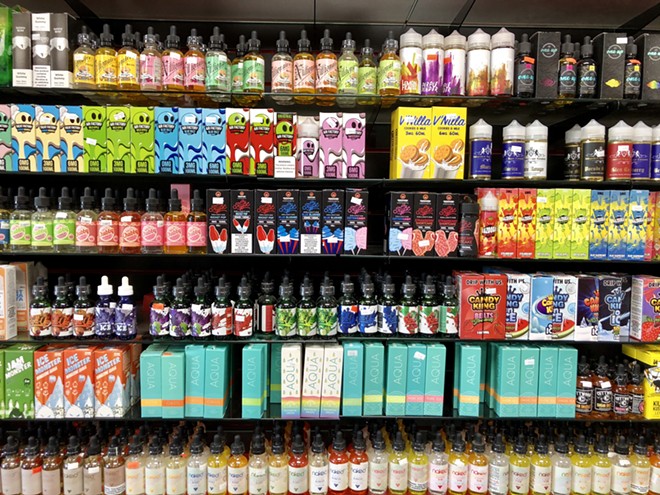 Whitmer said e-cigarettes companies are luring young people to vape by offering sweet flavors, such as bubble gum and “fruit loops.” The ban includes all flavors, including menthol, except for tobacco-flavored e-cigarettes.

The ban will last for six months and may be extended for another six months while state health officials work on permanent regulations to end the sale of flavored e-cigarettes.

Whitmer said online and storefront businesses will have 30 days to comply.

But there is hope for vaping advocates. The American Vaping Association, a nonprofit that advocates for sensible regulation of vaping products, said the ban likely will be challenged in court.

"This shameless attempt at backdoor prohibition will close down several hundred Michigan small businesses and could send tens of thousands of ex-smokers back to deadly combustible cigarettes," Gregory Conley, president of the American Vaping Association, said in a news release. "These businesses and their customers will not go down without a fight. We look forward to supporting the lawsuits that now appear necessary to protect the right of adults to access these harm reduction products."

"With a more than 1.5 million increase in the number of students using vaping products in just one year, the governor's emergency actions today are exactly the bold measures we must take to protect Michigan's children from the dangerous effects of vaping," Nessel said a statement. "I commend the governor's decision and pledge my department's continued and shared commitment to keeping these products out of the hands of our kids."