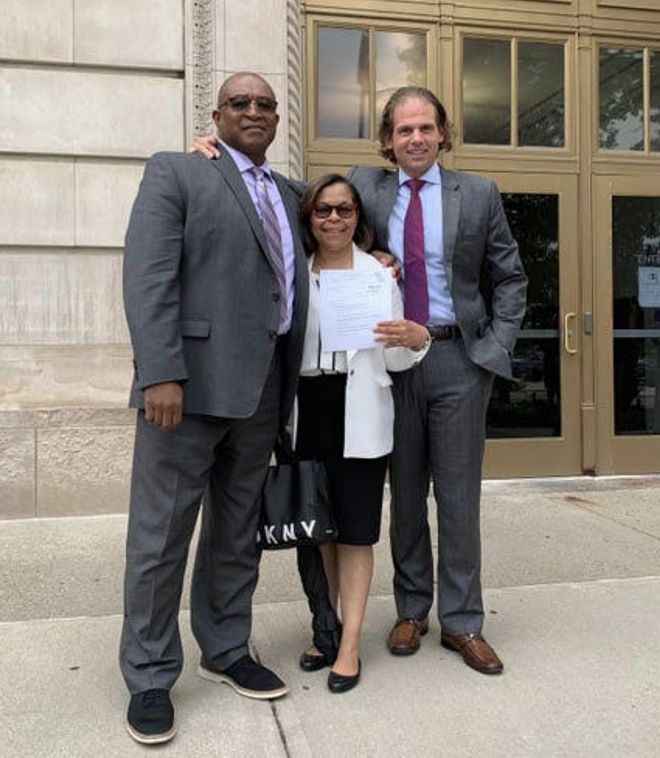 Two and a half years after filing a racial discrimination lawsuit against the Michigan Department of Corrections, Lapeer County probation officer Lisa Griffey and her husband, Cedric Griffey, a deputy warden, were awarded an $11.3 million settlement on Monday.

According to WXYZ, the trial — which spanned the course of six weeks, included 10 hours of deliberations, and featured testimony from 41 witnesses — came to a close on Monday when an all-white jury awarded the Griffeys a multimillion-dollar settlement after Lisa endured years of racial harassment. Lisa claims to have been referred to as “mammy” and “the black one” by her all-white department, and, on one occasion, was asked if she wanted “chitterlings” on her pizza.

Cedric, a department employee for 29 years, also endured unfair treatment after the details of his wife's lawsuit reached MDOC administrators, who then retaliated by attempting to force his resignation from his position as deputy warden at Thumb Correctional Facility — the same position he held when he received the Corrections Professional Excellence Award in 2017.

Lisa's lawyer Jonathan Marko told Fox 2 that he had addressed the Griffeys' complaints with an MDOC supervisor, during which Marko asked what Black employees are expected to do if they face at-work discrimination. The supervisor responded with: “They should shut up and go back to work.”

According to WXYZ, a statement issued by the attorney general's office expressed disappointment with the verdict: “We are extremely surprised and disappointed in this jury decision and its $11.3 million verdict. We are reviewing our options with our client but we fully expect to appeal.”