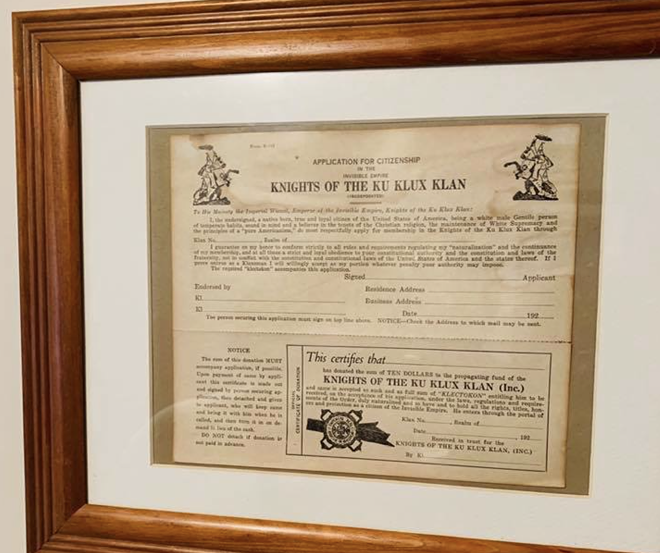 A white Muskegon police officer who displayed KKK memorabilia in his home was fired Thursday.

The city terminated Officer Charles Anderson following a month-long internal investigation that began after an African-American man reported some disturbing discoveries while touring the officer’s home, which was for sale, MLive reports.

On Aug. 7, potential homebuyer Rob Mathis posted on Facebook that he saw Confederate flags and a framed Ku Klux Klan document on display.

Anderson, who had been on the force since 1997, was placed on administrative leave as the city investigated.

Mathis told MLive he was “glad the city was moving forward in a positive direction,” but expressed concern about other officers on the force.

“There are other officers within the police force that have been to Anderson’s home and were well aware of the Confederate flags,” Mathis said. “[Officers] contributed to that behavior, instead of saying we as a police force are supposed to have good attitudes when making decisions for our community."