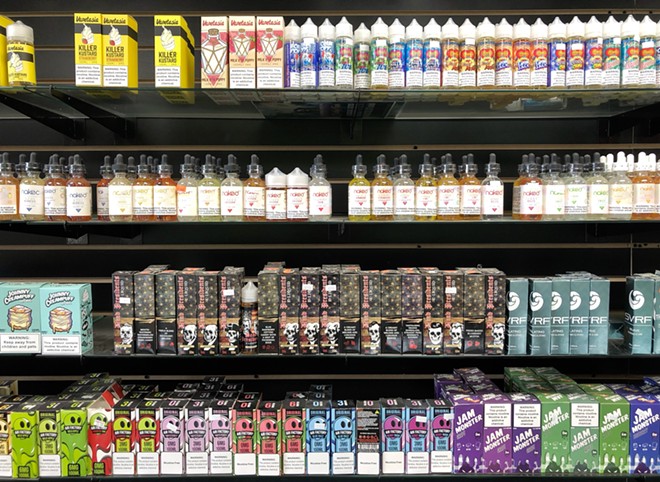 “I’m proud that Michigan has been a national leader in protecting our kids from the harmful effects of vaping,” Whitmer said in a news release. “For too long, companies have gotten our kids hooked on nicotine by marketing candy-flavored vaping products as safe. That ends today. This bold action will protect our kids and our overall public health.”

The crackdown comes amid an outbreak of vaping-related lung illness that health officials now believe is connected to black-market cannabis cartridges, not flavored e-cigarettes. Still, Whitmer said the ban is important because of the increasing number of children who are vaping nicotine with flavors ranging from bubblegum to ice cream.

Under the ban, anyone who sells flavored nicotine products faces up to six months in jail.

Vaping advocates say the ban is misdirected and will most impact former cigarette smokers who kicked the habit with e-cigarette vape liquid, which generally is considered less harmful.

Vape retailers plan to file suit to stop the ban, arguing the governor does not have the authority to unilaterally ban flavored e-liquid without legislative approval. In addition, they claim Whitmer does not have the legal basis to file emergency rules because she's failed to demonstrate that vaping constitutes a public health emergency.

Vaping advocates point out that the state's ban on selling e-cigarettes to minors just went into effect on Sept. 2.