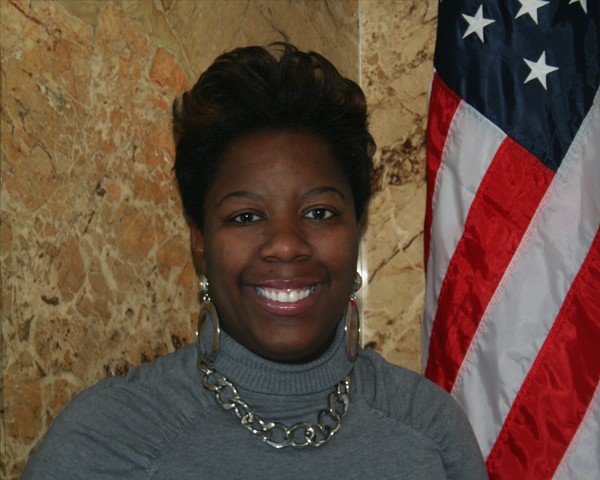 Hawkins was charged Monday with felony counts of falsifying returns, forgery of public records, misconduct in office, and using a computer to commit a crime.

The charges were announced during a joint news conference by Michigan Attorney General Dana Nessel and Secretary of State Jocelyn Benson.

“Voting is fundamental to the very essence of our democracy,” Nessel said. “Every citizen must know when they enter the ballot box that the vote they cast will count.”

The Oakland County Clerk’s Office tipped off state officials about “the potential for irregularities,” prompting “a thorough and methodical investigation” by the Michigan State Police, Benson said.

Without detailing what happened, Benson said the charges “involve unauthorized and inaccurate changes” to absentee ballots.

Benson said Hawkins’ alleged actions did not change the results of an election.

“This is a rare incident,” Benson said.

The City of Southfield released a statement Monday afternoon:

The City of Southfield is continuing to gather all of the pertinent facts associated with the Michigan Attorney General’s Office investigation of Southfield City Clerk Sherikia Hawkins. The City does not have all of the facts at this time and there will be no rush to judgement. The City will also be conducting a thorough internal investigation and review of these charges. After the City has examined the underlying facts of this matter, we will explore all appropriate and legal avenues to protect the voting process and rights of the Southfield Citizenry. Mrs. Hawkins will be on administrative leave with pay at this time. The City of Southfield will continue to fully cooperate with the State of Michigan Attorney General’s Office and the Michigan State Police.