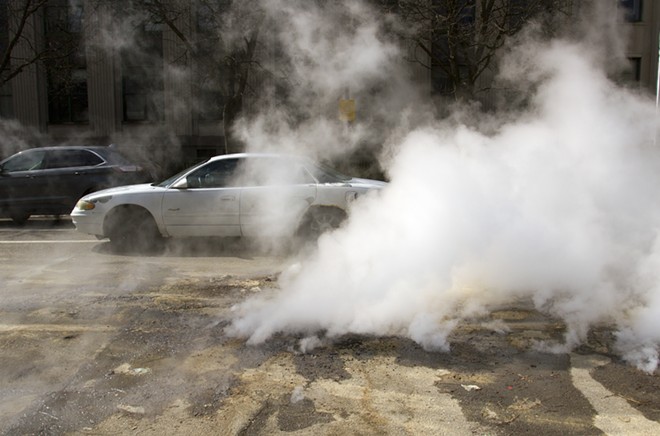 Twenty people who said they were burned by steam spewing from manhole covers in Detroit have filed suit against the company responsible for the sultry mist.

The lawsuit, filed Tuesday, targets Detroit Thermal, the company that operates the underground steam pipes that provide power to buildings in downtown and Midtown.

According to the suit, the company has failed to control the steam that billows from manhole covers. The company also doesn’t warn pedestrians about the scorching heat or erect barricades around near the manhole covers, the lawsuit alleges.

The plaintiffs in the suit said they suffered pain, disfigurement, and scarring from the steam.

In March 2017, high-pressure steam ripped through a street next to Cass Tech High school, sending blinding and scalding vapor into the air.


Detroit Thermal declined to discuss the lawsuit but said in a statement that the company is investing in improvements.

"Health and safety are top priorities for Detroit Thermal,” the statement reads. “Under the direction of new ownership and local leadership, we are working every day to deliver safer, more efficient service for our customers and community. The closing of Detroit Renewable Power in March freed up hundreds of thousands of dollars to invest in improving and modernizing our natural gas facility and underground steam pipes. We strive more than anything to be a good neighbor. Our team constantly monitors the system to identify and perform any necessary maintenance."