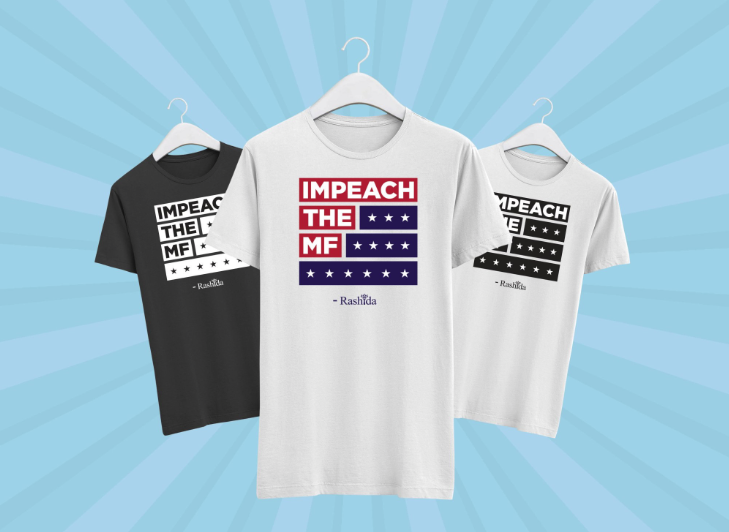 U.S. Rep. Rashida Tlaib’s re-election campaign is getting a jumpstart with T-shirts displaying her now-famous pledge to “impeach the motherfucker,” a reference to President Donald Trump.

With the House of Representatives moving forward with impeachment proceedings, the $29 T-shirts are certain to be popular among Democrats, independents, and maybe even some Republicans.

"Lean in with me to hold this lawless President accountable," Tlaib tweeted Thursday. "Together, we will fight back and protect our democracy. Our country depends on it! ...and yes you can even wear what you feel."

Tlaib's re-election campaign is offering six varieties of the shirts. For campaign purposes, the shirts are considered a gift for a $29 donation.

Tlaib is up for re-election in 2020. So far, no candidates have announced intentions to run against her.