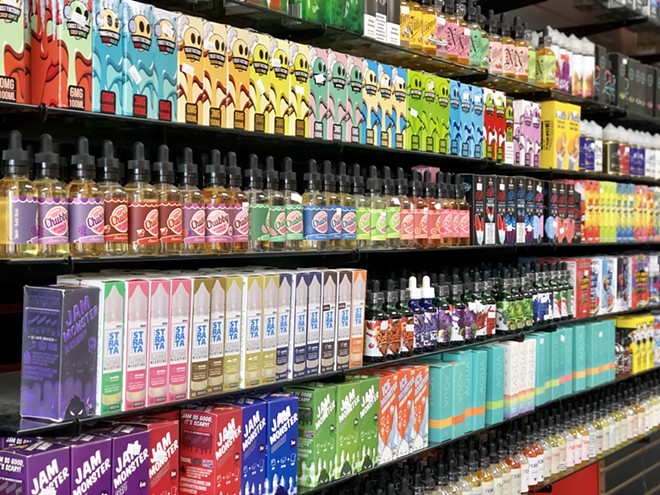 As Michigan prepares to enforce its ban on flavored nicotine vaping products Wednesday, a new federal lawsuit is aimed at preventing the ban from going into effect.

A federal judge may decide as early as Monday whether to grant a request for a temporary restraining order filed Friday by Mister E-Liquid, a Michigan-based maker of popular flavored vape juices.

Washington D.C.-based Keller Heckman LLP is asking a U.S. District Court judge to temporarily halt the ban by noon Monday to avoid “immediate and irreparable injury, loss, and damage” to the company.

The lawsuit is the second to be filed against the state since Gov. Gretchen Whitmer filed emergency orders on Sept. 18 to prohibit the sale of flavored nicotine products. A state lawsuit was filed last week by an Upper Peninsula vape shop, 906 Vapor, which claims the governor overstepped her authority by imposing the ban without legislative approval.

Whitmer argues the dramatic rise in youth vaping constitutes a public health emergency and therefore givers her the authority to take unilateral action.

The ban comes amid a vaping-related mysterious lung illness that has sickened more than 500 people and killed at least 19 people. On Friday, the Centers for Disease Control and Prevention finally acknowledged the illness is primarily linked to cannabis vaping, not flavored nicotine.

As of Thursday, Michigan has identified 20 confirmed or probable cases of severe lung disease associated with vaping. The Michigan Department of Health and Human Services is investigating an additional 10 cases.

Although a majority of the Michigan and U.S. cases are linked to tainted, black market cannabis cartridges, the state has focused all of its attention on flavored nicotine, which has led to public confusion about the cause.

Whitmer’s ban is controversial because vaping is generally considered healthier than smoking cigarettes, which kill one of two long-term smokers. Health experts have warned that ex-smokers and teens will revert to smoking cigarettes if vaping is banned.

"A great concern is that misunderstanding of the situation will get adult smokers who have quit smoking by vaping to give up vaping and go back to smoking,” Kenneth Warner, professor emeritus and dean emeritus at the University of Michigan School of Public Health, tells Metro Times. “And it may discourage some smokers from trying vaping to quit smoking.”