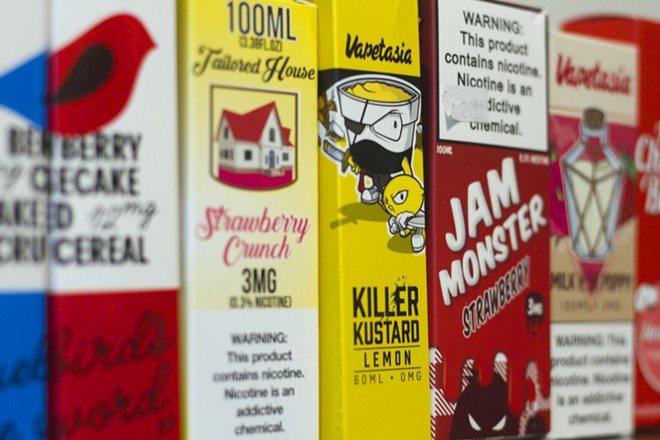 Just hours before Michigan begins enforcing its ban on flavored nicotine e-cigarettes, a state judge may decide Tuesday whether to allow vape shops to continue selling their products while the case plays out in court.

Court of Claims Judge Cynthia Stephens is holding a hearing in Petoskey at 3 p.m. to consider a vape shop’s request for an injunction.

Mark Slis, owner of 906 Vapor in Houghton, filed a lawsuit against the state last week, arguing Gov. Gretchen Whitmer’s ban is illegal and will force his shop to close.

On Monday, Stephens rejected Slis’ request for a temporary restraining order, which would have temporarily halted the ban.

A federal judge on Monday also denied a similar request made by Mister E-Liquid, a Michigan-based maker of popular flavored vape juices. The company, which has 80 employees, says the ban may lead to bankruptcy. In that case, U.S. District Court Judge Robert Jonker said he would consider the company’s request for a preliminary injunction after giving the state 14 days to respond.

Whitmer became the first governor to announce a ban on flavored nicotine products amid a mysterious, vaping-related lung illness that has sickened more than 500 people and killed at least 19 people. But the illness appears to be primarily linked to cannabis vaping, not flavored nicotine, the Centers for Disease Control and Prevention said Friday.

In a brief filed Monday, the Michigan Attorney General’s Office argued the ban likely won’t force vaping-related businesses to close because they’re still allowed to sell e-liquids that are tobacco-flavored and ones that don’t contain nicotine.