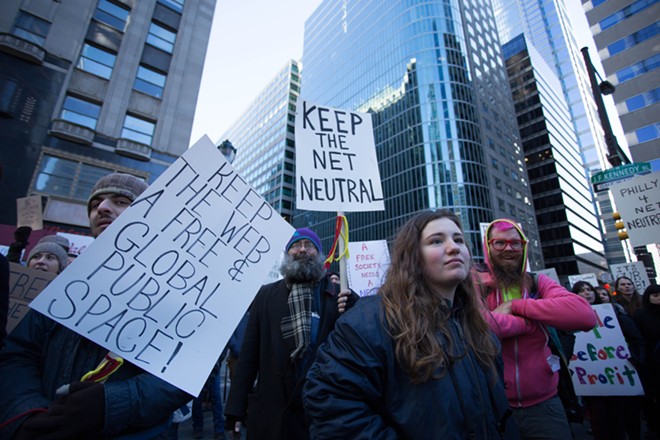 The Trump administration has the right to repeal Obama-era net-neutrality protections, according to a decision issued Tuesday by the U.S. Court of Appeals for the District of Columbia Circuit.

The ruling means internet service providers such as Verizon, AT&T, and Comcast will continue to have the legal right to block or slow down websites they don't like or charge more for faster internet service.

Timothy Karr, senior director of strategy for the nonprofit group Free Press, said the ISPs now may be emboldened to push websites that they own, and thus stifle competition and freedom of expression.

"It's really the 'wild West' out there," he said. "Without net-neutrality protections, control over the internet falls into the hands of these very large phone and cable companies that have their own interests in prioritizing certain content over others."

The decision did, however, make it clear that the FCC cannot block state-level net-neutrality laws, such as the one California passed last year. Michigan's Legislature has enacted no similar protections.

In April, the U.S. House passed the Save the Internet Act, which would restore the protections. Sens. Debbie Stabenow and Gary Peters, both D-Mich., co-sponsored the Senate version, but it was blocked by the Republican leadership.

Karr said a lot depends on the next election.

"Realistically, much of this rests on November 2020 and what happens with elections in Congress, and who ends up as president of the United States," he said. "Depends on who's in power."

The biggest internet service providers, who spent millions lobbying for the repeal, have not implemented anti-competitive policies thus far — but have not ruled out doing so in the future.

The ruling is online at cadc.uscourts.gov.