Michigan's vaping ban goes into effect. Here's what you need to know 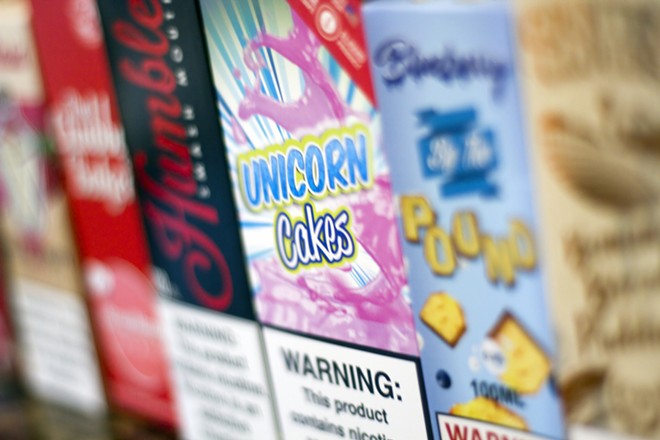 Gov. Gretchen Whitmer’s controversial ban on flavored nicotine e-cigarettes and liquids went into effect Wednesday after a judge declined a last-minute request to halt the ban.

Under Whitmer’s emergency orders, the sale of flavored nicotine vaping products is illegal and punishable by up to six months in jail.

But there’s still hope for vapers. Court of Claims Judge Cynthia Stephens set a hearing for Tuesday afternoon in Petoskey to consider a preliminary injunction that would temporarily stop the ban as part of a lawsuit filed by Marc Slis, owner of 906 Vapor, a vape shop in Houghton. Slis and his attorneys argue Whitmer overstepped her authority by imposing the ban without legislative approval.

U.S. District Judge Robert Jonker also is considering a request to temporarily stop the ban in a case filed by Mister E-Liquid, a Michigan-based maker of popular flavored vape juices. The company, which has 80 employees, says the ban may lead to bankruptcy. In that case, U.S. District Court Judge Robert Jonker said he would consider the company’s request for a preliminary injunction after giving the state 14 days to respond.

In the meantime, there is a loophole in the law that allows vapers to continue buying flavored nicotine. Whitmer’s ban only applies to flavored nicotine. That means people may still buy vape liquids and pods that are free of nicotine. And for about $5, they can buy a flavorless nicotine packet and dump it into a bottle of vape liquid.

The ban no longer prohibits possession of flavored nicotine; it only prohibits the sale of it.

Law enforcement authorities in Macomb County and Westland said they will begin inspecting vape shops Wednesday to ensure they are in compliance.

“The purpose for these visits will be to educate the shop owners on the emergency rules issued by the Department of Health and Human Services and ensure that the shops do not have any prohibited products offered for sale,” Westland Police Chief Jeff Jedrusik said in a news release. “We will have a team of community officers on the road for the next few days reminding them of the ban.”

Whitmer became the first governor to introduce a ban since a mysterious and deadly vaping-related lung illness was discovered in July. But the illness appears to be primarily linked to black-market cannabis vaping, not flavored nicotine, the Centers for Disease Control and Prevention said Friday.

Despite the link to black market cannabis vaping, New Jersey, Massachusetts, and New York have also banned nicotine vaping products. They, too, are facing legal challenges.

Vaping advocates say the bans are misdirected and will increase the number of people who smoke cigarettes, which are generally considered far more hazardous and kill one of every two long-term smokers.