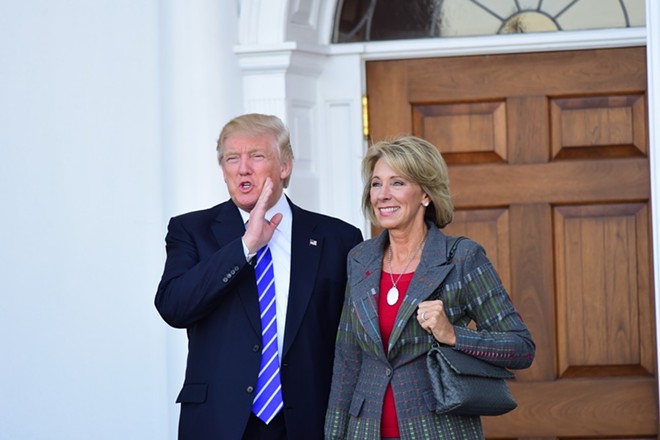 U.S. Secretary of Education Betsy DeVos is in hot water after a judge found her department has been collecting debt from former students of a bankrupt, for-profit college — despite a 2018 court ruling ordering the department not to do so.

"At best it is gross negligence, at worst it's an intentional flouting of my order," U.S. Magistrate Judge Sallie Kim told lawyers Monday, Bloomberg reports.

The order stems from the case of Corinthian College Inc., once one of the nation's largest for-profit colleges, which filed for bankruptcy in 2015. The federal government ruled that up to 335,000 former students could erase their loan debt by checking a box and signing their names on a form and possibly receive a refund for past payments.

But when lawyers for the education department filed paperwork last month to show compliance with the court order, they revealed the department had continued to collect debt from at least 1,808 students.

The miseducation of Betsy DeVos
Don't be fooled — Trump's secretary of education knows exactly what she's doing
By Jason Linkins and Phil Lewis
Local News
Kim is now collecting arguments from lawyers on both sides. It's unclear how much jail time DeVos would face if Kim finds her to be in contempt of the court, but Kim told lawyers on Monday, "it's good to know I have that ability."