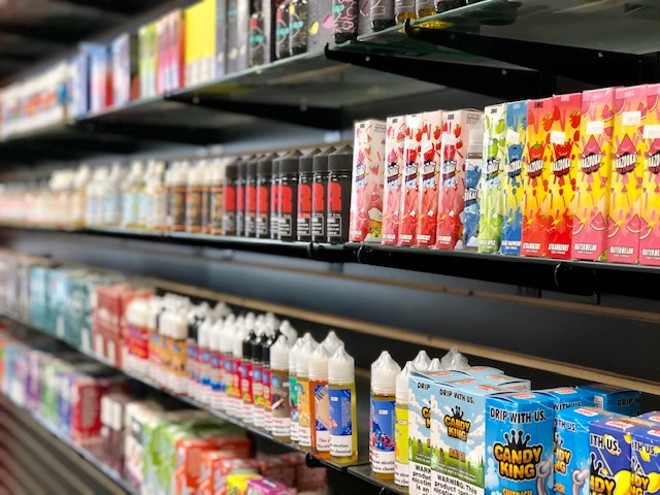 A Michigan Court of Claims judge on Wednesday delayed a decision on whether to temporarily halt the state's flavored nicotine vaping ban.

After two days of testimony, Judge Cynthia Stevens said she needs more time to consider an injunction requested by Mark Slis, the owner of 906 Vapor in Houghton. Slis argues in a lawsuit that Gov. Gretchen Whitmer overstepped her authority by banning flavored nicotine vaping products without the approval of state lawmakers. The ban went into effect on Oct. 2.

Slis and another vape shop owner testified Tuesday that the ban, if it continues, likely will force them and other similar businesses to close and file for bankruptcy. Slis added that vaping helped him and many others quit smoking cigarettes, which generally are considered far more hazardous.
In September, Whitmer became the first governor to announce a flavored nicotine ban in the midst of what increasingly appears to be an unrelated lung illness primarily linked to tainted, black market cannabis vaping products. Whitmer bypassed public hearings and legislative approval by filing emergency orders on Sept. 18, claiming the rapid rise of youth vaping constitutes a public health emergency. As many as a quarter of high school seniors reported vaping nicotine in the past month, according to the University of Michigan's Monitoring the Future survey in 2018. But cigarette smoking among teens also is down.

If Stevens approves the request for a preliminary injunction, the state would not be able to enforce the ban while the court decides the merits of the lawsuit.

Whitmer's administration has come under fire for failing to be more forthcoming about the link between tainted cannabis cartridges and a lung illness that has sickened more than 1,000 people and killed another 19 across the country. In Michigan, more than 30 residents have come down with the illness, and one died last week.