When one door closes, open a different door on a perpendicular street.

Back in 1941, Rosa Gragg, the president of the Detroit Association of Colored Women’s Clubs, as well as other members of the association, collected their funds to purchase the house located at 326 E. Ferry Street to serve as the group’s headquarters. The home was located on the corner of Ferry and Brush streets, and the group came to learn that the property’s deed included a restriction that blocked Black people from owning it.

However, rather than giving up, the group simply moved the home’s front door to the side of the house located on Brush Street, where no such stipulation existed. The quick thinking allowed the association to continue to thrive in the space, where it still conducts business to this day. 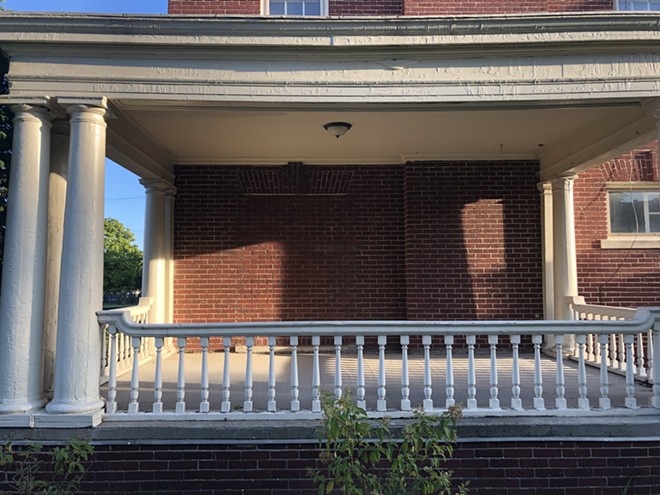 Now, the Gragg family, elected officials, and other dignitaries will come together on Friday to remember and commemorate this event by naming a secondary street after Gragg at the corner of Brush and Ferry streets.

Defeating racist housing segregation was one of many of Gragg’s accomplishments. She also fought to preserve Frederick Douglass’ Washington, D.C., home, and successfully pushed for President John F. Kennedy to designate the estate a historic site. She served on committees for Kennedy and President Franklin D. Roosevelt, as well as Lyndon B. Johnson. She created the Slade Gragg Academy of Practical Arts in Detroit in 1947, where Black women and Black WWII veterans could learn skills like tailoring and upholstering in order to support themselves. Detroit Mayor Eugene Van Antwerp then named her president of Detroit’s Department of Public Welfare in 1949, and she served as the president of the National Association of Colored Women’s Clubs as well. Gragg was inducted into the Michigan Women’s Hall of Fame in 1987, two years before her death. The ceremony will take place on Friday, Oct. 11, at 2 p.m., at the Detroit Association of Women’s Clubs, 5461 Brush St.,at the corner of Ferry Street in Detroit.