by Brooklyn Blevins and Lindsey Yucha 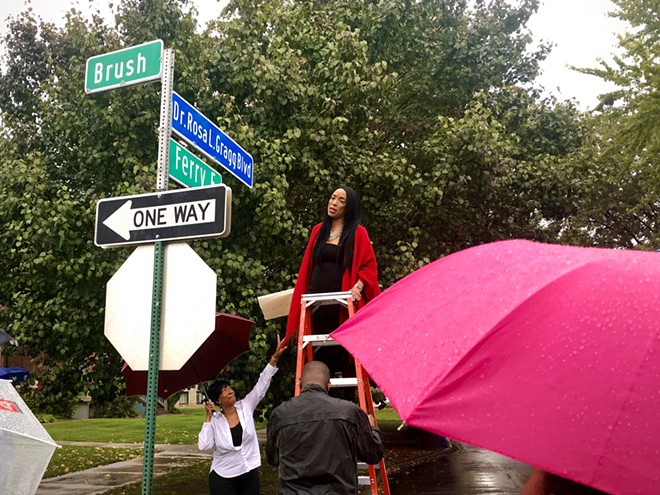 On any typical corner, the addition of a new street sign may go unnoticed — but on the corner in front of the Detroit Association of Women’s Club, a secondary street sign represents monumental historical implications for the Black community.

Named after civil rights activist Rosa Slade-Gragg, a new street sign made its way up at the corner of Brush and Ferry streets on a rainy Friday, Oct. 11, standing as a reminder of the tremendous efforts Gragg made for the city of Detroit.


Upon purchasing a clubhouse for the Detroit Association of Women’s Clubs, Gragg was challenged with housing segregation laws that prohibited Black people from owning property on the street. Gragg opposed the racist ruling by simply switching the location of the front door to be facing Brush Street, creating a new house address where no laws preventing Black people from owning property existed. The community is ultimately giving back to Gragg for her efforts through the naming of the street sign.

The new sign was unveiled by the granddaughter of Gragg, Lauren A. Gragg, who traveled from Palm Beach, Florida, to present this special commemoration of her grandmother.

She describes her overwhelming appreciation for those who have aided in the process of this event, explaining, “I am grateful to the people who were so moved by her contribution that they wanted to make sure it was indelibly etched into the history of this neighborhood and the history of Detroit.” 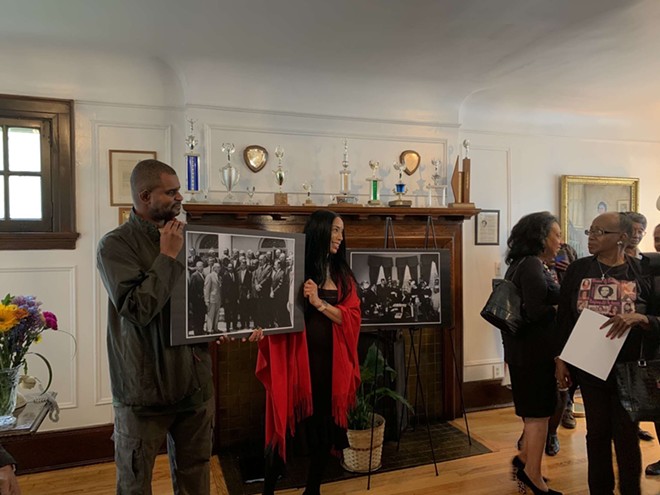 Following the sign unveiling ceremony, brief presentations were given by Detroit Association of Women’s Clubs president Angela Calloway, Black Scroll Network and Tours president and founder Jamon Jordan, and National Association of Colored Women’s Clubs second vice president Opal Bacon, among others. An array of images featuring Gragg throughout history were also on display for guests to view after the ceremony.


“Even with the rain it was OK because it was more than just the rain, it was more than the climate, it was what happened here," Calloway, a driving force behind the addition of the new sign, said in regard to her satisfaction with the event. "Not necessarily the sign-changing, but all of us coming together and a lot of people not knowing about Rosa Gragg — they’re going to walk away and know a little bit more about her than they knew before, and that’s the significance of the occasion.”

Gragg would never have let the rain stop her. Her vigorous dedication to improve political, societal, and academic fields exerts a lasting influence not only over Detroit but on United States history.

Through her varying accomplishments, Gragg paved the way for Black rights. From being an adviser to three United States presidents to being the president of the Detroit Association of Women’s Clubs, she exemplified the fight for civil rights across the nation.

When driving past the street sign, people will now be exposed to Gragg’s name, even those who lack knowledge of her.


As Calloway declared, “If you didn’t know her, you know her now.”