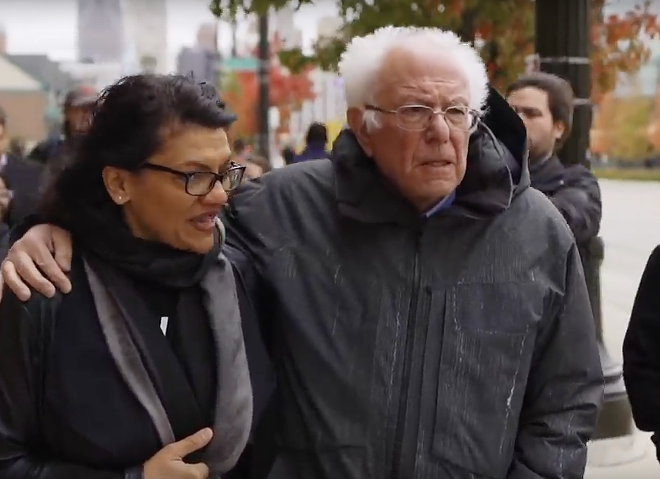 For years, the progressive Democrat had talked about underserved neighborhoods struggling with poverty, environmental contamination, failing schools and water shutoffs. Finally someone was listening.

It was Sen. Bernie Sanders, who is running for president. Sanders toured Detroit over the weekend and talked to teenagers and service providers who experience the constant struggles.

"Your being here matters," Tlaib told Sanders in a heart-wrenching video released by his campaign this week.

Sanders spoke about the growing divide between longtime residents and wealthy developers, some of whom continue to receive tax dollars in the most impoverished big city in America.

"Instead of giving tax breaks and subsidies to billionaires, maybe we want to invest in housing and education and clean water for the community," Sanders says in the video. "Rashida and I are going to change national priorities and create a government that works for everybody, not just billionaire contributors."

Tlaib said Detroit is a prime example of "what doing nothing looks like."

Sanders spoke to a high school student about her experience in the underfunded schools.

"In some classes we don’t have books. In the classes where we do have books, they’re falling apart," she told Sanders.