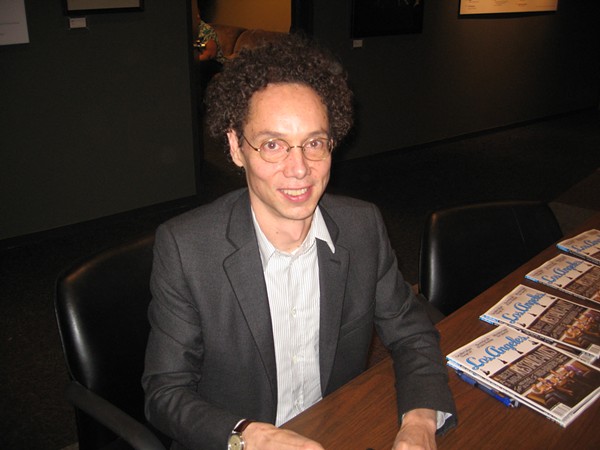 Malcolm Gladwell — the bestselling author whose entire career was once summarized by Gawker as "gleefully retold anecdotes arranged and analyzed to support some slightly unlikely sounding thesis" — is now in hot water with the mother of one of the many sexual abuse survivors of Larry Nassar.

At issue is the audio version of Gladwell's latest book, the very Gladwellian-titled Talking With Strangers: What We Should Know About the People We Don't Know, which was released in September.

But Lisa Lorincz, the mother of one of the many sexual abuse survivors of Larry Nassar, says quotes from her featured in the book were used out of context by Gladwell "to paint a picture that the parents enabled Nassar's sexual assault by staying silent," the Detroit Free Press reports.

The quotes came from Lorincz's appearance on Michigan Radio's podcast Believed from almost a year ago. In June, Gladwell asked Michigan Radio for permission to use recordings from the podcast for the audio version of his book, praising the podcast and promising to plug it on his own podcast, Revisionist History. According to the Free Press, Michigan Radio initially turned the offer down, but then changed their minds when Gladwell followed up the next month with an urgent deadline.

Lorincz was never told her quotes would be used, which Michigan Radio says is typical procedure. But when the audiobook came out in September, Lorincz objected to the use of her quotes, which appear without her name attached but nonetheless upset her.

"Someone played your audiobook for me and I do not want my voice on it," Lorincz emailed Gladwell last month. "That was shared, in trust, to NPR and Michigan Radio. They betrayed that trust and I'll deal with that. I did not give you permission nor did you talk to me to get the context of my statements."

The Believed podcast hosts, Kate Wells and Lindsey Smith, also expressed frustration with how the clip was used.

"We are extremely disappointed in the manner and use of the audio clips, after you had such praiseworthy things to say over the phone and via email about Believed," they wrote in an email to Gladwell, the Freep reports. "Based on our level of cooperation and your distinction as a journalist, we expected better."

Last month, in response to the backlash, Gladwell's production team removed the recordings of Lorincz from the audio book, though Gladwell defended his work.

"I was presenting the same quotes in the same context as the Believed podcast," he told the Freep. "I was supporting and explaining the role the parents played and why it would have been hard to speak out. The last thing I wanted to do was to make anyone unhappy."

Ironically, Talking With Strangers is "a sweeping survey tour of miscommunication," according to NPR, about how humans tend to default toward trust in strangers in the absence of evidence of untrustworthiness.

"In retrospect, this is a case of miscommunication between Michigan Radio and the people quoted," he told the Freep. "My assumption was they had been contacted."