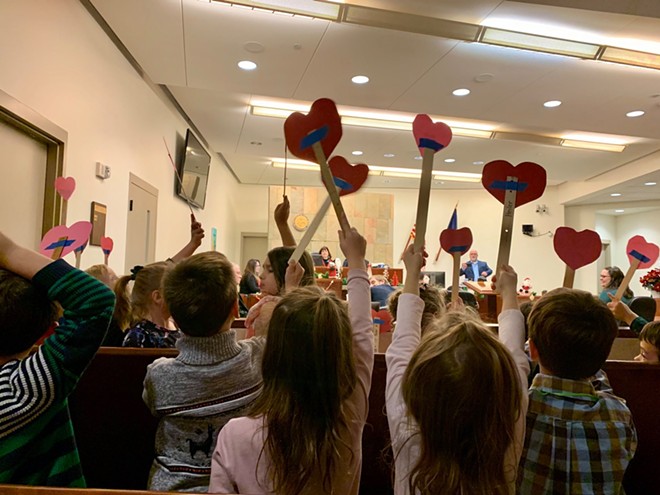 During Kent County court's annual Adoption Day, one kindergartner was accompanied by his classmates and teacher as he was formally adopted.


A video, which has gone viral, shows Michael's classmates and teacher waving paper hearts during the ceremony.

Eaton told WOOD TV that Michael had requested his class be present for his adoption. "We asked him and he said, 'You know, the class is kind of my family.' And he wanted them to be there," Eaton said.


Kerry McGee, Michael's teacher, told WOOD TV the day taught her students an important lesson about love and community. "We rise when we support others," she said.