Here are the rights people should know when traveling through airports 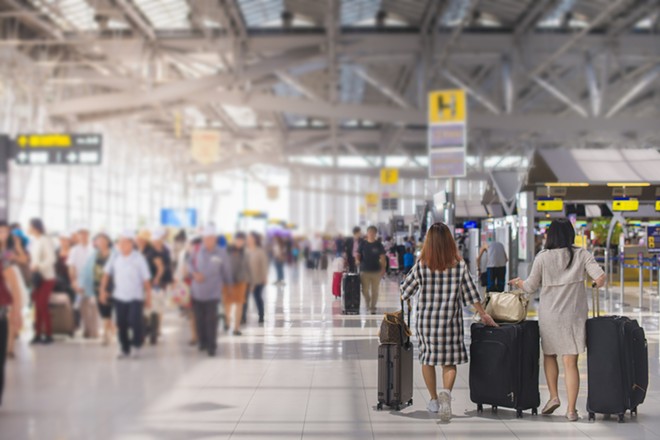 Last week, President Donald Trump ordered a drone strike on a Baghdad airport, which killed Iranian Major Gen. Qassem Soleimani. The military attack dramatically increased tensions between the U.S. and Iran, with the latter indicating that it will abandon portions of the 2015 nuclear deal.

Then, U.S. immigration authorities detained and questioned at least 60 Iranians and Iranian-Americans at the Canadian border on Saturday, according to reports.

Some said they were detained for up to 10 hours, and that travelers who were not of Iranian descent were processed much faster.

The travelers were held at the Peace Arch Border Crossing in Blaine, Washington, and were questioned about their backgrounds and political views, according to the Council on American-Islamic Relations’ Washington chapter.

According to an email sent to Quartz by Mona Zabihian, a U.S. citizen born in Iran, “Amongst us anxiously waiting were children and pregnant women. ... There wasn’t enough seats for everyone so some were sitting on the ground.”

Michigan activists, lawmakers denounce Trump's assassination strike against Iran
By Lee DeVito
News Hits
CAIR also indicated that an unnamed source at CPB said the Department of Homeland Security "issued a national order to CBP to 'report' and detain anyone with Iranian heritage entering the country who is deemed potentially suspicious or “adversarial."

“These reports are extremely troubling and potentially constitute illegal detentions of United States citizens,” Masih Fouladi, executive director of CAIR Washington, said in the statement. “We are working to verify reports of a broad nationwide directive to detain Iranian-Americans at ports of entry so that we can provide community members with accurate travel guidance.”

Customs and Border Protection claims the reports are false and said the holdup was due to the staff being bogged down due to heightened security.

In light of these events, organizers and watchdog groups are warning the public to know their rights when moving through airports. According to the American-Arab Anti-Discrimination Committee, travelers should be aware of the following:

What Agents Can Ask

Ask for a Lawyer