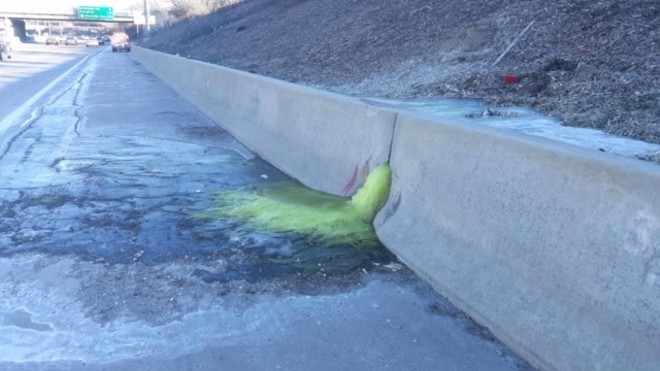 The owner of a now-shuttered factory that was so contaminated that it sent a hazardous, bright green ooze onto I-696 in Madison Heights reported to federal prison on Friday.

Gary Alfred Sayers, 70, was sent to FCI Morgantown, a minimum security detention center in West Virginia, according to the Federal Bureau of Prisons. He is scheduled to be released on Nov. 9.

In November, Sayers was sentenced to a year in prison on a charge of illegally storing hazardous materials at Electro-Plating Services in Madison Heights.

Some of the hazardous materials were stored in a dirt hole in the basement, where the chemicals seeped into the ground and eventually found a path onto the freeway.

The green slime was groundwater contaminated with cancer-causing hexavalent chromium, which was featured on the movie Erin Brockovich.

The EPA spent about $2 million and nearly a year to clean up the waste, but officials now acknowledge they underestimated how much toxic waste ended up in the ground.

Environmental officials, who insist there is no immediate danger to the public, now say they need to demolish the building to fully clean up the contamination.