ICE says immigrants knew they enrolled in a fake university, but recordings show some were confused 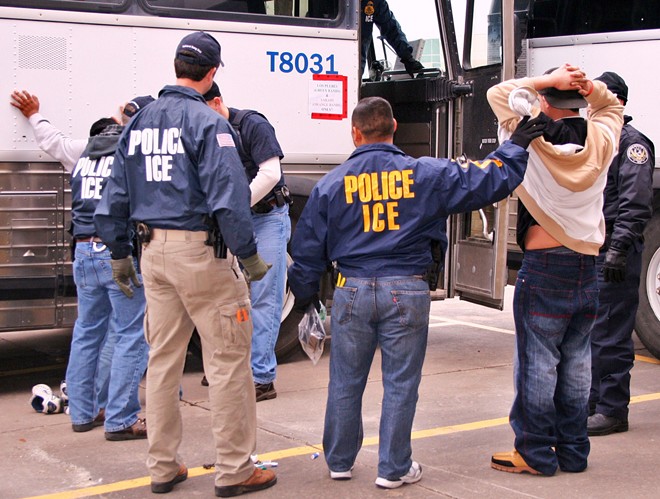 Authorities have said that the more than 600 immigrants who enrolled in a fake university set up in Farmington Hills by U.S. Immigration and Customs Enforcement (ICE) knew it was a sham and were using it to fraudulently stay in the U.S. on student visas.

However, undercover recordings obtained by the Detroit Free Press suggest at least some of the immigrants busted appeared to actually be confused.

Here's one exchange between an Indian student and an undercover agent, as reported by the Freep:

"University of Farmington, office of admissions," answered a woman who posed as a university official. The woman was actually an undercover agent with U.S. Immigration and Customs Enforcement (ICE).

"Is there any chance to get me ... to know about my class schedule?" the student asked the university official, according to court records.

"Can we do what?" the undercover agent posing as a university official replied. "We're completely full. We don't have any normal classes to put you in. We are just helping you maintain your status by allowing you to enroll here, but you won't be taking any online classes, nor will you be going to any classes. Are you aware of this?"

Sounding confused, the student replied: "I don't know that actually. ... I don't know what to do now."


And here's a transcription of another call with another student:

The student called the university "to ask when classes begin," said the sentencing memo.

The woman answering the phone at the admissions office of the University of Farmington replied: "We are currently full. We don’t have any classes to offer you, not even online … what we can do for you to help you maintain your status, we can enroll you as if you are a student here … but you wouldn’t be coming to class nor taking any online classes. ..."

Sounding confused, the student said: "But they didn’t tell me about all this? Because I am supposed to enroll … in order to maintain my status. … Why was I not told about this?"

Authorities maintain that it was obvious to all students that the University of Farmington was fake and that the students knew they were committing crimes.

"Their true intent could not be clearer," Assistant U.S. Attorney Brandon Helms wrote in a sentencing memo last year. "While 'enrolled' at the University, one hundred percent of the foreign citizen students never spent a single second in a classroom. If it were truly about obtaining an education, the University would not have been able to attract anyone, because it had no teachers, classes, or educational services."

But ICE went to great lengths to make the university appear to be legitimate with a professional-looking website and undercover agents posing as university staff, even secretly working with an accreditation agency to give the fake university fake accreditation — kind of, you know, disintegrating the entire meaning of "college accreditation" in the process.

So far, about 250 of the fake university's fake students have been arrested, and most of them have been deported. The University of Farmington even hired recruiters to bring it potential students, and seven of eight student recruiters who were criminally charged have been sentenced. One of them — who had arrived in the U.S. legally for work and was already making a six-figure salary, and only got involved in ICE's scheme because, as he said in his probation statement, he got interested in entrepreneurialism from watching Shark Tank — is expected to be sentenced later this month. Officials claim he knew what was going on, but in a recording he appeared to be confused about whether the college offered online classes.

While all of the students had immigrated legally to the U.S., they lost their immigration status due to ICE's scheme — which, again, is one of those things where the logic behind it collapses in on itself like a dying star if you think about it for even one second. ICE is "protecting" the U.S. from immigrants who immigrated here legally.

Attorney Anjali Prasad, who is defending the immigrants, many of which are from India, put it bluntly.

"I think my government's resources would be better spent protecting me from violent criminals and drug dealers," Prasad told the Freep. "I'm not sitting around worrying about what highly skilled, well-educated people are doing unless it affects my life and liberty, and it doesn't here. I'm no safer because of the sting operation. There are plenty of ways the government can make me feel safer and this isn't one of them."