by Scott McClallen, The Center Square 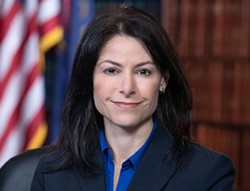 “We bring this action today on behalf of the people of Michigan,” Nessel said. “It is our responsibility to protect our residents and our state’s natural resources and property by preventing and abating hazards to public health, safety, welfare and the environment — and by placing the responsibility for this massive undertaking with those responsible for creating the problem.”

The Environmental Protection Agency set a lifetime health advisory of 70 parts per trillion (ppt) for PFAO and PFOS.

The lawsuit alleges the companies knew PFAS chemicals are toxic and pose substantial health and environmental risks but hid this information from the state and its residents.

Michigan Dept. of Environment, Great Lakes, and Energy (EGLE) Director Liesl Clark said she supported “fair compensation from the chemical companies that profited from the sale of PFAS chemicals in our state.”

The lawsuit alleges PFAS exposure is linked with harmful health effects including but not limited to decreased fertility, liver damage, thyroid disease, increased cholesterol levels, and kidney and testicular cancers.

The Agency for Toxic Substances and Disease Registry (ATSDR) says that scientists are still learning about mixed exposure to PFAS and that some, but not all studies support those health impacts when highly concentrated.

“While it is difficult to show that substances directly cause health conditions in humans, scientific studies have shown that exposure to some PFAS in the environment may be linked to harmful health effects in humans and animals,” the agency said on its website. More research is needed to better understand the health effects of PFAS exposure.”

The ATSDR set minimal adult risk levels at 78 ppt for PFAO and 52 ppt for PFOS, meaning that the agency doesn’t expect lower exposure levels to result in adverse health effects.

The Centers for Disease Control and Prevention (CDC) says that the production and use of PFOS and PFOA has declined since 1999, with blood PFOS declining more than 80 percent and PFOA blood levels by 60 percent.

The CDC found four PFAS in the blood of nearly all people they tested, but noted that “finding a measurable amount of PFAS in serum does not imply that the levels of PFAS cause an adverse health effect.”

Nessel said she’s committed to holding companies responsible that “unleash” PFAS in Michigan, which “will continue unchecked and indefinitely, threatening natural resources, property and our residents.”

Investigating and testing for PFAS cost the state about $25 million annually, Nessel said.

Fanna Haile-Selassie, a spokesperson for 3M, said in a statement they acted responsibly and “will vigorously defend our record of environmental stewardship.”

“To that end, we have placed thousands of documents in the public domain, including more than 150 published studies conducted by 3M and other researchers on potential environmental and health effects of PFAS. 3M did not and will not distort the science.”