by Bruce Walker, The Center Square 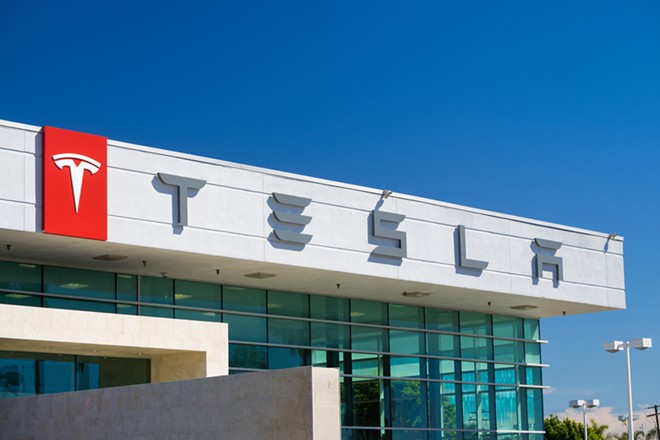 An agreement between government officials and Tesla will allow Michigan consumers to purchase the automaker’s products as well as permit manufacturer authorized service of those vehicles in the state.

However, Secretary of State Jocelyn Benson and Attorney General Dana Nessel held firm in denying Tesla the right to legally own and operate dealerships in Michigan.

Tesla filed suit against the state of Michigan in 2016, claiming the state’s 2014 amendment to the automobile dealer law was unconstitutional. That amendment denied the procurement of a Class A sales license to car companies that, in other words, prohibited automotive manufacturers from owning and operating their own dealerships. The amendment thereby requires automakers to conduct vehicle sales with franchise retailers.

The agreement stipulates that Tesla may operate “one or more galleries in the State to educate customers and facilitate transactions out-of-state so long as Tesla does not transfer legal title to the vehicles within the State….”

The agreement outlines the galleries’ “permissible activities” “include (but are not limited to) conducting demonstration drives; discussing prices, service, financing, leasing, and trade-ins with potential customers; helping potential customers configure a vehicle; facilitating ordering and purchase of a vehicle for which the legal title transfers out-of-state; and facilitating customer transaction paperwork for a sale for which legal title transfers out-of-state…."

According to a statement from Kelly Rossman-McKinney, a spokeswoman for the attorney general: “Today the state of Michigan defendants Secretary of State Jocelyn Benson and Attorney General Dana Nessel filed a stipulation to dismiss with Tesla that recognizes that any Michigan resident may lawfully buy a Tesla and have it serviced in Michigan.”

Rossman-McKinney continued: “The stipulation acknowledges that Tesla may: operate under existing Michigan law; sell cars to Michigan customers as long as the sales contract indicates the sale took place in a state other than Michigan; and, indirectly own service and repair facilities in Michigan through a subsidiary, Tesla Michigan.”

Daniel Crane, a professor of law who teaches contracts, antitrust and intellectual property, and legislation and regulation at the University of Michigan in Ann Arbor, told The Center Square he considers the retention of the no-dealership regulation “annoying,” but says the agreement poses “no great inconvenience” to potential Tesla customers in Michigan.

“Tesla was never a custom operation to begin with,” Crane said. “Although there’s no good reason to prohibit the company from owning and operating its own dealerships, customers can still visit galleries for test drives and product information.”

He continued: “The only difference is the product cannot be driven off a showroom floor on the day of the purchase. Instead, buyers can have their new vehicles delivered to their homes and offices.”