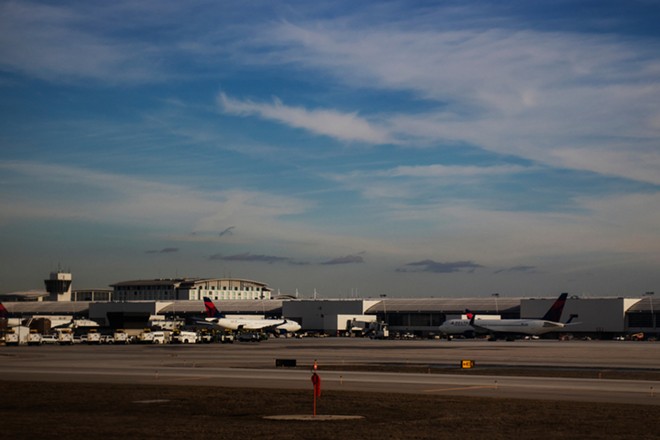 A 27-year-old Iranian student planning to attend Michigan State University was detained by Customs and Border Protection at Detroit Metro Airport over the weekend and sent back home.

Alireza Yazdani flew into Detroit Metro Airport on Sunday with a student visa, as he planned to begin a doctoral program in agricultural sciences at MSU. After he landed, he was detained and questioned by CBP officials for more than six hours, his attorney Bradley Maze told CNN.

In a statement, CBP said Yazdani was “deemed inadmissible" but didn't say on what grounds.

"On January 26, Alireza Yazdani Esfidajani applied for entry into the United States, and was later deemed inadmissible at which time he withdrew his application for admission into the United States," CBP said. "The traveler was not arrested, rather held until a return flight could be arranged to his place of departure."

Maze said Yazdani “eventually gave up” during the interrogation.

"He was pressured to leave by immigration officials," Maze tells Metro Times.

An MSU spokeswoman said the university was in communication with Maze, federal agencies, and Michigan’s congressional delegation.

"We want international students to know we value and welcome them to our campus, and we are committed to global engagement, educating international students and collaborating with partners across the world in higher education efforts. MSU's international students make tremendous contributions to fueling discoveries and scholarship," spokeswoman Emily Gerkin Guerrant said in a statement. "Global leadership can only be maintained if talented people from across the globe are encouraged to come here to study and work."

Yazdani’s removal comes after at least 10 students have been sent back to Iran after arriving at airports, according to the American Civil Liberties Union of Massachusetts.