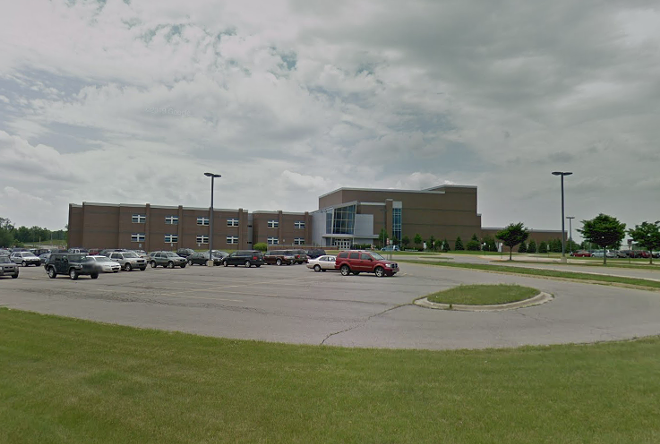 That was made clear Monday when a young man called out his father for making a racist remark to a Mexican immigrant during a community conversation about diversity and race in Saline, a predominately white city in Washtenaw County.

Adrian Iraola was talking about the racism his three children experienced at Saline-area schools when a white man blurted out, “Then why didn’t you stay in Mexico?”

The meeting came one week after teachers and administrators discovered that several Saline High School students posted racial slurs about their Black classmates on social media.

After Monday’s meeting, Matt Burtell, an alumnus of Saline High School, called out his father on Facebook.

“Today my father asked a deliberately racist question at the Saline Area Schools diversity and inclusion meeting,” Burtell wrote. “His views of hate in no way represent my own.”

He added, “I stand in solidarity with the refugees and immigrants of the world.”

More than 50 people responded to Matt Burtell’s Facebook comment, praising him for taking a courageous stand against hate.

"Coming from a complete outsider, but a person of color — this is extremely appreciated and absolutely brave,” Kiara Sandusky wrote. “It takes true guts and honor to speak out against your own circle in the name of what is right. I hope it inspires more white people to do the same. If you don’t stand for anything, you stand for nothing. Kudos!”

Alex Ryder Carroll responded, “The world needs more young people like you who are willing to speak out against hate. Well done.”

“Matt,” wrote Jan Militello, “you are one of the bravest and smartest students I’ve ever advised. Your comments show just what a kind person you truly are.”