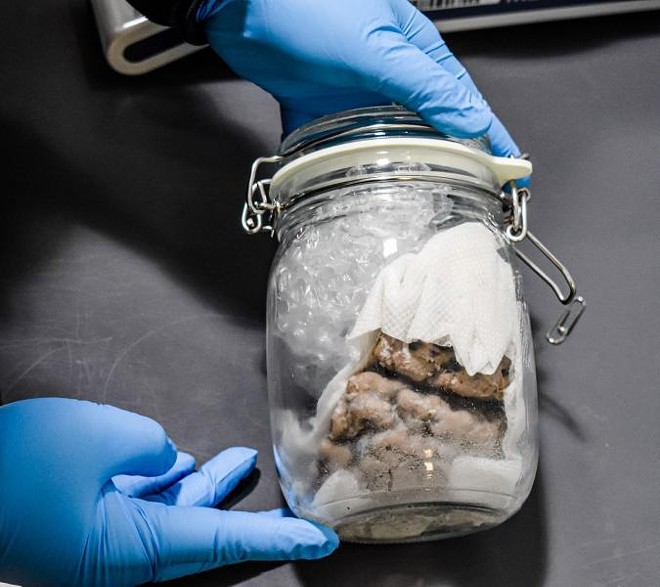 U.S. Customs and Border Protection officers made a surprising discovery on Valentine’s Day while inspecting a Canadian mail truck that had crossed the Blue Water Bridge in Port Huron — a human brain.

The specimen was stuffed inside a glass jar without any of the mandated paperwork or documentation to bring human remains into the U.S.

The shipment originated in Toronto and was headed for Kenosha, Wisconsin.

“Individuals looking to import shipments such as this, need to remember that the Center for Disease Control and Prevention has a strict Import Permit Program that must be adhered to,” Area Port Director Michael Fox said in a news release Wednesday. “This is just another great example of just one of the many things CBP officers do to protect our nation on a daily basis.”

CBP has notified the Centers for Disease Control and Prevention of the discovery.

On a daily basis, an average of 17,000 passenger cars, 6,500 commercial vehicles, 29 commercial aircraft, and 15 cargo trains passed through the ports. At Michigan’s five ports of entry with Canada, officers seized $7.8 million, 495 pounds of marijuana, 10 pounds of fentanyl, 600 pounds of cocaine, 13 pounds of methamphetamine, and 62 firearms.