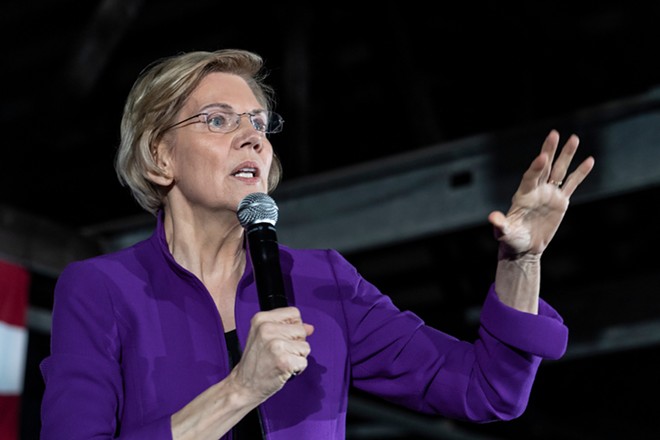 U.S. Sen Elizabeth Warren will head to the Mitten on Super Tuesday for a presidential rally in Detroit.

Warren’s rally will take place at Eastern Market, at 2934 Russell St. in Detroit on March 3, a week before Michigan’s primary. Doors will open at 5:15 p.m. and the event starts at 7:15 p.m. Those interested in attending can sign up at events.elizabethwarren.com.

Michigan votes a week later on March 10, though we can also vote early by taking advantage of the no-reason absentee ballot.

Michigan is a crucial battleground state, with 125 Democratic delegates at stake that will be doled out proportionally based on the results of the primary election. The other states voting along with Michigan on March 10 are Idaho, Mississippi, Missouri, North Dakota, and Washington.

Warren, who was a law professor before being elected to the U.S. Senate back in 2012, has not yet landed one of the top two spots in any primary or caucus thus far. She placed third in the Iowa caucus, fourth in both Nevada’s caucus and New Hampshire’s primary, and fifth in South Carolina.

Warren has had her sights on Michigan for a while. She traveled through the state a few times in 2019, including a few appearances in Detroit and Lansing. She was also the first candidate to open a field office here, as well as the first to hire a state director in Michigan.


Warren is not the only Democratic candidate who will come to town on March 3. Hawaii U.S. Rep. Tulsi Gabbard will also be in Detroit that evening. (Former South Bend Mayor Pete Buttigieg had scheduled a rally in Warren that day as well, but the event was canceled after he dropped out of the presidential race.)