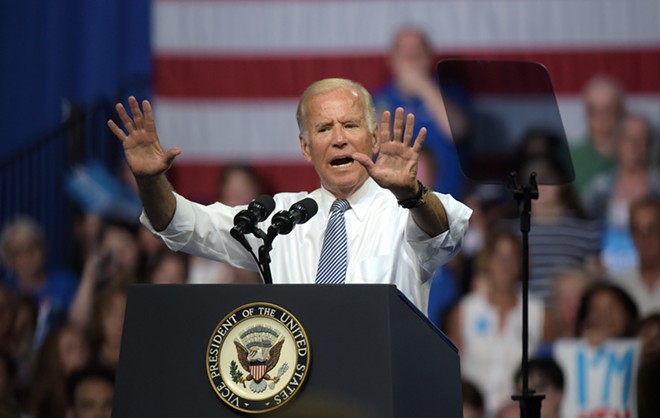 Former Vice President Joe Biden continues to surge ahead of Tuesday’s primary election in Michigan, where he now holds a 24-point lead over Sen. Bernie Sanders, according to a new poll.

The EPIC-MRA survey shows Biden leading 51% to 27%, his biggest margin over Sanders since both candidates entered the race.

In a Detroit News/WDIV-TV poll taken between Feb. 28 and March 3, Biden led Sanders by less than 7 points. That poll was taken before former New York Mayor Mike Bloomberg and Sen. Elizabeth Warren dropped out of the race. Since then, Biden has received key endorsements from Gov. Gretchen Whitmer, former Gov. Jennifer Granholm, and most of the Democratic candidates who have bailed out of the race.

In Michigan’s 2016 presidential primary election, Sanders was trailing Hillary Clinton by an average of 21 points and still defeated her in a huge upset. At the time, pollsters underestimated the surge in young voters. But those voters haven’t come out for Sanders like they did in 2016.

Michigan is potentially a make-or-break state for Sanders, who has lost much of his early momentum as the Democratic establishment coalesces around Biden. Both candidates are campaigning in Michigan on Monday.

The EPIC-MRA survey of 400 likely Democratic primary voters has a margin of error of 4.9%.