Bernie Sanders failed to repeat his surprise 2016 Michigan upset. Why? 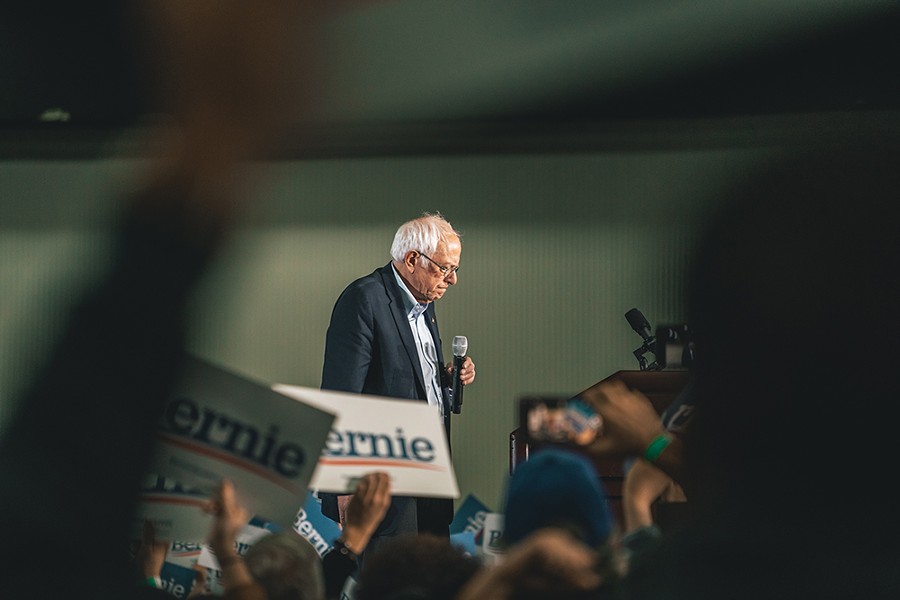 Sen. Bernie Sanders spent much of the past week campaigning hard in Michigan ahead of Tuesday's primary, holding rallies and town halls that drew thousands of supporters and even canceling a Mississippi rally to stay longer.

Yet it wasn't enough for the one-time Democratic Party frontrunner to repeat his surprise 2016 performance, which saw him narrowly defeat Hilary Clinton despite being projected to lose by more than 20 points. On Tuesday, Sanders trailed Biden in Michigan 36.4% to 52.9%, earning 51 delegates to Biden's 71, according to The New York Times.

As Vox reported, far more young people showed up to support Sanders in 2016 than were initially anticipated. One poll expected voters ages 18 to 39 to make up only 8.9% of the electorate, but about 20% of Michigan's primary electorate in 2016 wound up being ages 18 to 29.

Those numbers were down in 2020. On Tuesday, voters 18 to 29 only accounted for 15% of the electorate, according to Newsweek.

So less young people came out to Support Sanders in 2020, and more older people showed up for Biden.

Biden also drew more support from older, moderate, and suburban white voters as well as older Black voters. Despite an effort from the Sanders campaign to reach out to Black voters, that support has not materialized.

Another blow to the Sanders campaign was dealt by non-college-educated white voters. According to New York magazine:

[The] number that leaps off the page in the exit polls is that Biden defeated Sanders among non-college-educated white voters (a.k.a. the “white working class”) by a 50-45 margin, which contributed to a 52-42 advantage for Biden among white voters generally. Bernie famously won the white working-class vote in Michigan over Clinton by 57-42, and won white voters by 56-42. There’s been a furious debate since then as to whether some non-college-educated whites voted for Sanders on their way right out of the Democratic Party and into Trump’s GOP. That’s unclear, but these voters represented the same percentage of the 2020 primary electorate that they did in 2016, despite sharply higher turnout overall.


There's also the specter of sexism: the fact that in 2016, Sanders was running against a woman, and an unpopular one at that. Or, as The New York Times summarized, "Without Clinton in the race, #NeverHillary voters have no motive to cast a ballot for Sanders."

With the most delegates to win on Tuesday, Michigan was an important prize, and could have dealt Sanders a symbolic victory that could have buoyed his campaign in much the same way that South Carolina injected new life into Biden's seemingly doomed campaign. The race is still far from over, but as FiveThirtyEight succinctly put it, "the delegate math is not currently in Sanders’s favor."

In a Wednesday press conference in Burlington, Sanders said he would remain in the race, and that he intends to ask Biden tough questions during the next Democratic debate on Sunday.

"What became even more apparent yesterday is that while we are currently losing the delegate count — approximately 800 delegates for Joe Biden, and 660 for us — we are strongly winning in two enormously important areas, which will determine the future of our country," Sanders said. "Poll after poll, including exits polls, show that a strong majority of the American people support our progressive agenda. The American people are deeply concerned about the grotesque level of income and wealth inequality in this country, and the American people want the wealthy and large profitable corporations to start paying their fair share of taxes."

"But it is not just the ideological debate that our progressive movement is winning," he added. "We are winning the generational debate. While Joe Biden continues to do very well with older Americans, especially those people over 65, our campaign continues to win the vast majority of the votes of younger people. ... Today I say to the Democratic establishment, in order to win in the future, you need to win the voters who represent the future of our country and you must speak to the issues of concern to them."