More than 2,500 homes in Detroit still without water after city pledged to restore service amid coronavirus outbreak 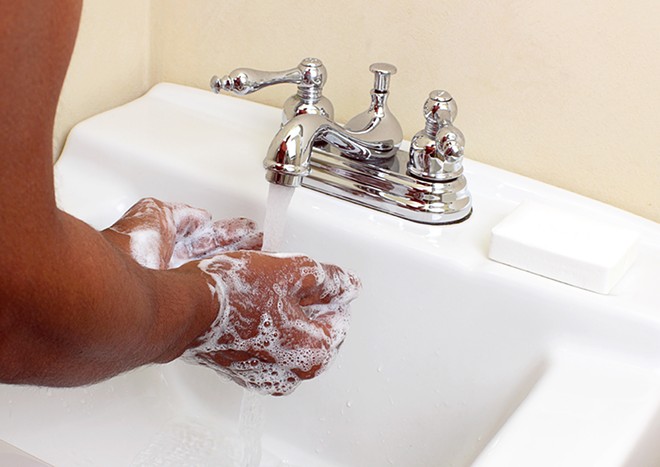 As the coronavirus spreads rapidly through Detroit, more than 2,500 homes are still without running water — nearly two weeks after the city offered to restore the vital service at no cost.

The Detroit Water and Sewerage Department (DWSD) restored water to only 434 homes as of Thursday, the same day the state announced 62 new coronavirus cases in the city. The total number of confirmed cases in Detroit is 75, but the actual number is likely much higher because of a severe testing shortage.

Health officials have emphasized that the most effective way to combat the virus is frequent hand-washing. And since many businesses have been ordered to close, it’s difficult for residents to find a place to wash their hands, raising fears that the coronavirus will spread more quickly in Detroit.

DWSD officials said they’re trying their best to restore services, dedicating 10 crews to turning water back on. But, they said, the task turned out to be far more difficult than they had anticipated.

“We are taking this very seriously,” DWSD spokesman Bryan Peckinpaugh tells Metro Times. “We didn’t have enough data to know that it would take this long.”

For some houses, it takes an hour or more to restore water. That’s because some homes have significant plumbing issues that need to be corrected before water can be turned on. Some water meters are also broken or missing.

Another challenge is ensuring an adult is at home when crews arrive.

“There have been a few instances where the customer is not home,” Peckinpaugh says. “In one case, we had to go back three times. We put those residents back on the list and reschedule the appointments."

To speed up the process, the city is beginning to contract with plumbers.

“We can resolve the meter issues ourselves, but the plumbing issues are far more complex,” Peckinpaugh says.

Another challenge is getting a response from tenants or owners of the roughly 2,500 homes without water. The city placed door hangers on 2,640 homes that are without water, but so far only about 830 people have gone through the verification process to get their water restored, Peckinpaugh says.

Crews have a backlog of roughly 400 homes to restore water.

Water rights activist Meeko Williams said the city should not have waited until the last minute to begin restoring water.

“This is unacceptable,” Williams tells Metro Times. “They knew this was going to be a major problem, and they weren’t prepared.”

DWSD waited until March 9 to announce the water restoration plan – 20 days after the first confirmed case in the U.S. and a week after the federal government approved widespread testing, warning about a potential pandemic.
Gov. Gretchen Whitmer also turned down previous requests to restore water.

"All this shows is the folly of EVER shutting off water on anyone in the city in the first place,” activist and former Detroit Health Department Executive Director Abdul El-Sayed tells Metro Times in a written response.

DWSD and Mayor Mike Duggan have defended the water shutoffs, saying the city can’t afford to operate the enormous system unless everyone pays their bills.

Still, water rights activists have been calling on the city to create a water affordability plan based on income. Detroit is the most impoverished big city in America.

Residents whose water has been shut off are asked to call 313-386-9727 to get service restored.