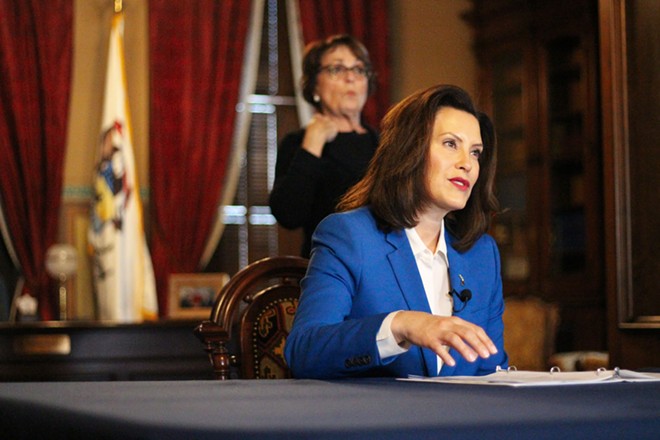 Gov. Gretchen Whitmer’s stay-at-home order that prohibits “all public and private gatherings” does not apply to churches and other houses of worship.


On Monday, Americans United for Separation of Church and State criticized Whitmer in an open letter that described the exemption as "not only dangerous but also unconstitutional."

"Attendance at these gatherings is dangerous not just for the individuals who attend, but for all of us," the letter reads. "COVID-19 spreads exponentially, so it is critical that we 'flatten the curve' by maintaining social distance."

Last week, Whitmer also exempted churches from being penalized under a ban on gatherings of more than 50 people after, she said, after Republican lawmakers asked her to do so.

"People have a God-given right to assemble and worship, and that right is secured by both the United States and Michigan Constitution," state House Speaker Lee Chatfield said on Facebook. "While I do not think that that right can be taken away by an Executive Order, I believe that as Christians we also have a duty to love our fellow man and play our role within society. My recommendation is to find ways that you can abide within the order to the best of your ability."

Asked about the church exemption on "Fox News Sunday," Whitmer replied: "The separation of church and state and the Republican legislature asked me to clarify that. That's an area we don't have the ability to directly enforce and control."

Whitmer is still encouraging religious people to stay at home.

Do you agree with Gov. Whitmer's decision to make churches and other houses of worship exempt from penalties for hosting gatherings of more than 50 people? https://t.co/WCzQ2hWD7q


"The virus doesn't care if you are religious, agnostic or atheist," Patrick Demetri tweeted. "Crowding together can be a FATAL mistake to anyone you come into contact with. NO NO NO. Stay home and pray."