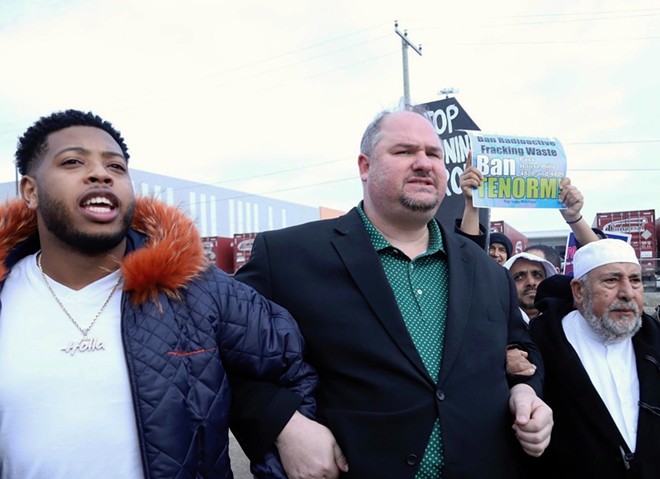 Just a day after the first coronavirus case was confirmed in Michigan on March 10, state Rep. Isaac Robinson sprung to action.

“We need to protect our senior populations,” the Detroit Democrat emailed me.

A few days later, he texted me: “Calling for swift action to protect our senior populations and those economically devastated by this pandemic.”

Selfless, compassionate, and indefatigable, Robinson wasted no time meeting with community leaders to figure out how to provide relief for the countless people who would be impacted by the coronavirus.

A week after the first confirmed infection, Robinson already drafted a package of bills to impose moratoriums on evictions, foreclosures, and water, gas, and electricity shutoffs. He also was working on a bill that would remove the waiting period for unemployment benefits and expand who is eligible.

“We need to get this out,” Robinson told me, urging me to write a story about the bills. “People are going to suffer.”

For the story, he told me, "The working families and students in my district already slammed by excessive car insurance costs are being devastated by the impact of this pandemic. Every event that is canceled puts the livelihood of my constituents in question."

On Sunday, the 44-year-old died from a suspected coronavirus infection, his family said. His friend and colleague in the House, Tryone Carter, also has become infected.

An attorney and former labor organizer, Robinson was elected in 2018 to represent Michigan’s 4th District — the position his mother, Rose Mary Robinson, held before she was term-limited. Since then, he has fought against water shutoffs, racial and environmental injustices, archaic marijuana laws, and Detroit’s expanding facial-recognition system.


Robinson’s father, Roger Robinson, said his son was selfless. “He stood up for folks and spent most of his time caring for others and very little time caring for himself. And that's all he basically did,” Roger Robinson told Deadline Detroit. "He spent lots of his years fighting some battles and occasionally winning."

Michigan Attorney General Dana Nessel tweeted, “There has never been a greater prince of a man than Isaac. No one who worked harder or loved his community more. No better person who has walked this earth. My heart is broken.”

There has never been a greater prince of a man than Isaac. No one who worked harder or loved his community more. No better person who has walked this earth. My heart is broken. pic.twitter.com/vS2hEzytsK