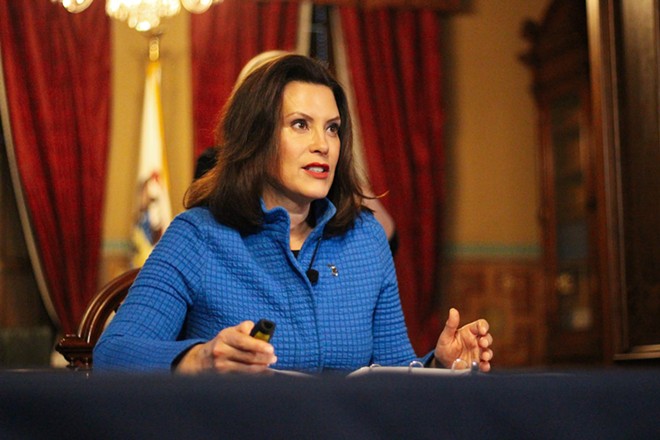 After being accused of "banning" the use of a potential coronavirus drug, Michigan is now leading the nation's largest study on whether hydroxychloroquine can be used to treat COVID-19.

Gov. Gretchen Whitmer was asked about the new study of the drug, announced by Henry Ford Health System on Thursday, during a coronavirus town hall with Michigan's TV stations that evening.

"I think that there is some great potential here amidst all of the sadness and hardship that we're going through right now," she said.

Detroit's Henry Ford Health System is leading the nation's first large-scale study on the effects of hydroxychloroquine in preventing COVID-19, looking for more than 3,000 frontline volunteers to take the drug to see if it prevents them from contracting the virus.

It's a bit of a reversal for the administration. In March, the Michigan Department of Licensing and Regulatory Affairs (LARA) sent a letter threatening "administrative action" against doctors who prescribed the drug to coronavirus patients, reminding them that its properties in treating COVID-19 were untested.

The move drew criticism that Whitmer was "playing politics" and "endangering lives." Whitmer had been sparring with President Donald Trump on national TV over federal coronavirus aid for Michigan, saying "the federal government did not take this seriously early enough" on MSNBC. Trump, who repeatedly downplayed the severity of the outbreak for months, had later touted the potential of hydroxychloroquine to treat COVID-19.

Republican Senate Majority Leader Mike Shirkey, who asked the governor to issue the letter, later told The Detroit News that the intent wasn't to "ban" the drugs, but rather to make sure that they were being reserved for non-COVID-19 patients. The antimalarial drug is also used to treat patients with lupus, rheumatoid arthritis, or other ailments.

"We needed something to prevent [the drugs] from becoming the next toilet paper," he said.

Whitmer acknowledged the shift in her administration's policy during Thursday's town hall.

"The fear that a pronouncement at the federal level might create some hoarding was something that we were very concerned about, because we do have Michigan patients that have been prescribed this drug pre-COVID-19 that we wanted to make sure still had access to their medication," she said. "But I think that, as we know, this is a novel virus, and we have to have the mindset that we're going to be willing to explore what possibilities there are in terms of improving testing, in terms of testing for antibodies ... so we know who is immune, [and are] testing drugs and therapies in the process."

Whitmer also said that she wants to be "making sure that we ... continue to own the lane of being innovators."