We're drinking more during coronavirus, a lot more — but our immune systems are at risk, Michigan officials warn 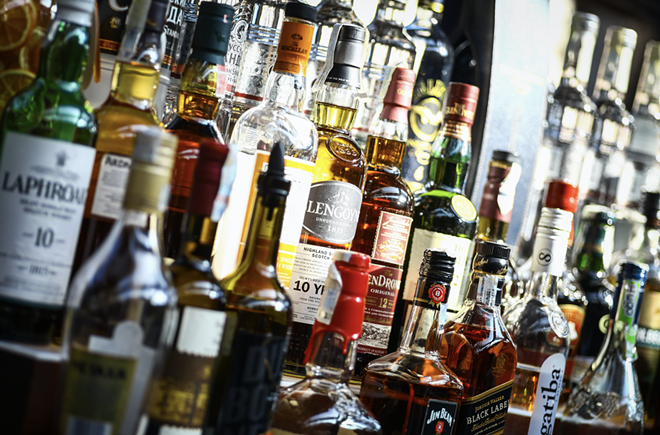 We totally get it. Times are bleak. Life is grim. Nearly two weeks into Gov. Gretchen Whitmer's statewide stay-at-home order, and Michiganders are already feeling like Nicolas Cage in Leaving Las Vegas or, like, Nicolas Cage in real life singing post-divorce Prince karaoke — and they're drinking like him, too.

With liquor stores deemed essential businesses under Whitmer's executive order (hell yeah!) and the entire state homebound, it's no wonder that alcohol sales are on the rise, not just here, but nationwide. According to market research firm Nielsen, alcoholic beverage sales are up 55% as of the week of March 15-22 across the country. Spirit sales are up, too, and have soared to 75%, while beer has seen a 66% jump and wine has spiked to 42% when compared to this time last year — you know, when we weren't living in a medical nightmare.

This news might make you want to celebrate the resilience of our livers by doing a shot or pouring a glass of breakfast wine (it's a thing now), but the Michigan Liquor Control Commission urges drinkers to moderate their intake because of the havoc it can wreak on our immune systems, which are really important because of coronavirus. Maybe you've heard of it?

Anyway, the MLCC urges folks to set limits when drinking and to not allow the collective trauma and grieving we're experiencing to increase our usual non-dystopian drinking limits. They also advise limiting high-sugar alcoholic beverages, which can also impact those with underlying health conditions.

“During this time of coronavirus, be careful of excessive drinking because it can compromise a person’s immune system,” commission chair Pat Gagliardi said in the release. “Moderation is important. Don’t underestimate how much you have actually been drinking.”

The commission also reminds us that some alcohol is stronger than others, including tequila and gin, and that a “standard drink” is 12 ounces of beer, 5 ounces for wine, or 1.5 ounces for spirits or liquor with a 40% alcohol content.