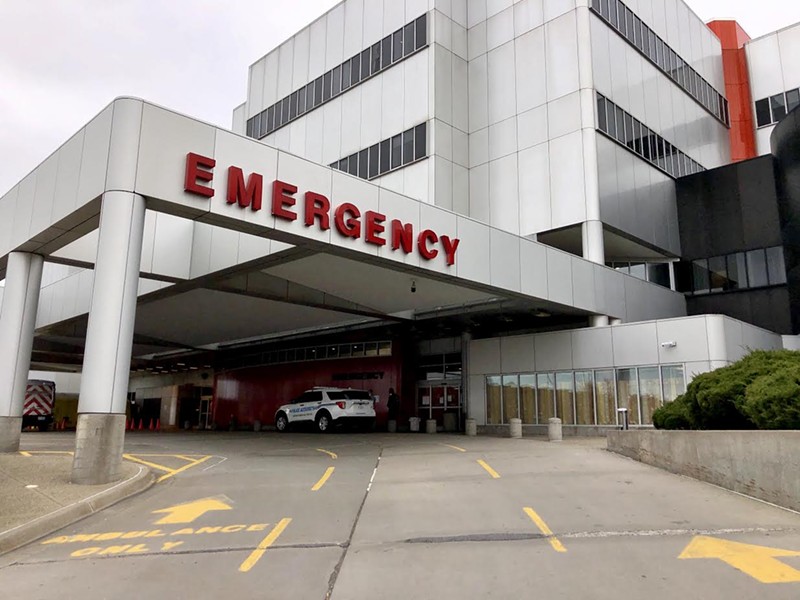 It was the second day in a row that the state recorded 100 new deaths in a 24-hour period.

The death toll more than doubled over the past five days, as public health officials warn that the peak of the crisis is still a couple weeks away.

Michigan has the third highest number of coronavirus-related deaths in the country, behind New Jersey and New York.

Michigan also reported 845 new positive cases, bringing the state’s total to nearly 19,000. More than 43,000 people have been tested for the virus in the state.

More than 3,600 coronavirus patients have been hospitalized, and nearly 1,400 are on ventilators. Of those hospitalized, 89% are in southeast Michigan, which continues to see exponential increases in new cases and deaths.

Wayne County continues to be hit the hardest, with 56 new fatalities, bringing its death toll to 402. The county now has 9,045 positive cases, up 775 on Tuesday. Making up 18% of the state’s population, Wayne County has 47.6% of the deaths and 47.7% of the confirmed infections.

Wayne County has highest number of deaths in the nation outside of New York City, the epicenter of the crisis.

Detroit, which has a higher coronavirus death rate than New York City, reported 25 new deaths, bringing its total to 221. The city now has more than 5,500 positive cases, averaging 500 new confirmed infections a day as Detroit increases its testing capacity.

Twelve of the state’s 83 counties don’t have any confirmed COVID-19 cases.

The increases come as hospitals are running out of ventilators, intensive-care beds, trained medical staff, and personal protective gear like masks, gloves, and gowns. Hundreds of nurses and other trained hospital staff are out of work with COVID-19 infections.

Outside of metro Detroit, Genesee County has the most deaths, at 33.

The death rate is higher for men, who make up 58% of the fatalities but 46% of the positive cases.

Globally, there are 1.4 million coronavirus cases in 184 countries, and more than 80,759 deaths as of Tuesday afternoon, according to Johns Hopkins University & Medicine. The U.S. has more positive cases than any country in the world, with 382,256 confirmed infections and more than 12,000 deaths.