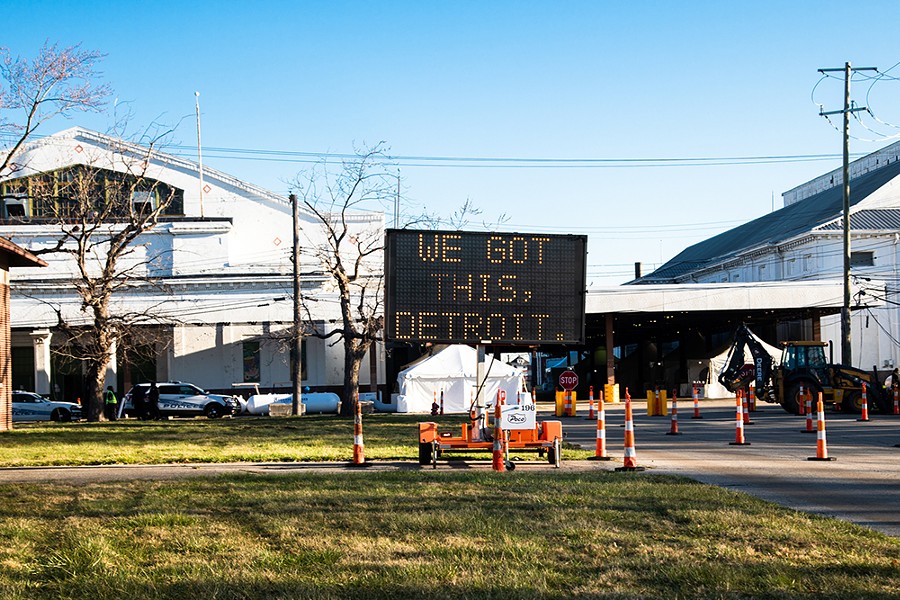 Detroit may be turning a corner in its fight to combat the coronavirus.

Deaths are no longer doubling every two days, or three days, or even four days.

“It’s starting to slow,” Mayor Mike Duggan said Tuesday. “We are at a time where we may be bending the curve.”

On Wednesday, the city reported 26 new deaths, bringing its total to 247. While the number is high, it took five days to nearly double. Throughout most of March, the death toll was doubling every day.

That means social-distancing measures like Gov. Gretchen Whitmer’s stay-at-home order appear to be working, Duggan said. Detroit police have been aggressively enforcing the order with $1,000 fines, and the city has dramatically increased its testing capacity, which can slow the spread.

“This is the first glimmer of light we have seen from the data since the pandemic started,” Duggan said. “The storm is not over. But for the first time, we can see that we can beat this, and we can beat it in weeks, not months, if we keep doing what we’re doing.”

While the death rate may be declining, the number of fatalities will continue to be grim, Duggan cautioned. If the current rate continues, more than 200 Detroiters will die in the next five days.

“We have some really bad days ahead of us,” Duggan said. “We are going to lose a lot of our neighbors. Its going to get worse before it gets better. We can beat this if we keep doing what we’re doing.”

The coronavirus has hammered Detroit, which has a higher death rate than New York City, the epicenter of the outbreak.

Public health officials believe Detroiters are more susceptible to infections because they disproportionately rely on public transit, live in closer quarters, and have jobs that require a lot of contact with the public. Poverty and health care disparities also appear to be playing a role in the number of people dying.

Over the weekend, Detroit police issued $1,000 citations to 74 people for defying the governor’s stay-at-home order. Police spotted five barbecues and a beauty supply business with “more than 100 people outside of it,” Assistant Chief James White said Monday.


To curb the spread on city buses, the city will begin distributing surgical masks to riders. The city received 20,000 masks from the state.

“We have to care for and protect our neighbors. One of my biggest issues is the buses and we are taking this measure to protect both the drivers and those who ride the bus,” Duggan said.

As of last week, nearly 30 city bus drivers have tested positive for the coronavirus. Beloved bus driver Jason Hargrove, 50, died from the coronavirus after he complained in a social media video that an older rider was coughing without covering her mouth.

Duggan has said he’s unwilling to stop bus service because it’s “as essential to this community as police, fire, and EMS.”

The city has been aggressive about obtaining testing kits. Duggan led the creation of a regional site at the former Michigan State Fairgrounds at Eight Mile and Woodward, where he expects at least 14,000 people will be tested for COVID-19 over the next six weeks. During the first two days, 43% of the people who were tested were positive for the coronavirus. The city is also working with doctors who are willing to see patients who don't have insurance.

Last week, the city became the first municipality in the United States to begin using testing kits that provide results within 15 minutes. The 5,000 kits from Illinois-based Abbott Laboratories are reserved for police officers, medics, and firefighters.

"At this point, we are experiencing widespread transmission and are working aggressively to trace in vulnerable settings like nursing homes and homeless shelters, where people are housed in close quarters and are typically more vulnerable,” Denise Fair, the city’s chief public health officer, tells Metro Times.

As temperatures reach the 60s this week, officials are urging the public to resist the temptation to congregate.

“Staying at home is key to helping stop spread COVID-19,” Fair said at a press conference Tuesday. “This is our new reality.”