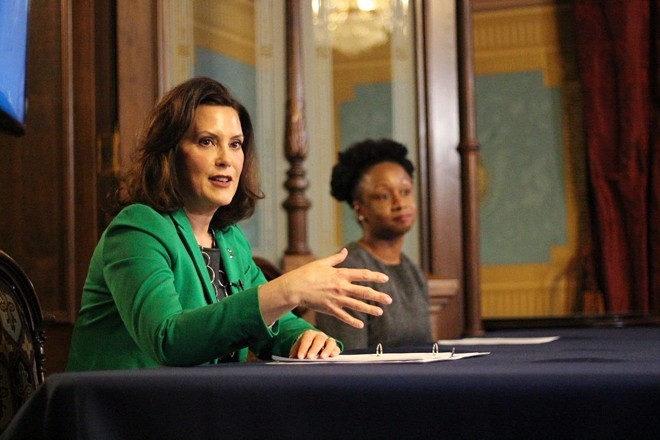 With a disproportionate number of Black people dying from the coronavirus in Michigan, Gov. Gretchen Whitmer announced Tuesday the creation of a task force to tackle racial inequalities.

Black people make up 13.6% of the state’s population, but represent 40% of the deaths and a third of the infections. But the numbers may be a lot higher because there’s no data on 35% of those infected and 24% of those who have died.

The Michigan Coronavirus Task Force on Racial Disparities will be headed by Lt. Gov. Garlin Gilchrist and include government leaders and health care professionals. The members of the group, which will begin meeting next week, have not yet been announced.

“This virus is holding up a mirror to our society and reminding us of the deep inequities in our country, from basic lack of access to care to access to transportation to lack of protections in the workplace,” Whitmer said at a news conference. “These inequities hit people of color and vulnerable communities the hardest.”

Metro Times investigated the impact of the inequities in a cover story this week.

Public health officials say Black people have higher coronavirus mortality rates because of disparities in the health care system. Generations of racist housing and economic inequality have trapped many Black people in impoverished neighborhoods without adequate resources. In Detroit, where more than a third of its population is impoverished and many are uninsured or underinsured, residents are far more likely to have pre-existing health conditions like diabetes, asthma, high blood pressure, heart disease, and obesity.

Health officials also say the infection rates are higher because contagious diseases often spread faster in lower-income areas because many people rely on public transit, live in close quarters, and have jobs without paid sick days. A disproportionate number of lower-income residents also work in the service industry, where employees are in close contact with the public.

“If people are disproportionately impacted by poverty, working in lower wage jobs, unable to work from home, needing to use public transportation, lack the ability to isolate sick individual in their home appropriately, or disproportionately have a higher rate of chronic health conditions, they will be more significantly impacted by this disease,” Dr. Joneigh Khaldun, the state's chief medical officer, who formerly served as Detroit's health director, said Thursday. “And that’s why the measures the governor have put in place are so important.”

Since the outbreak, Whitmer has imposed a moratorium on evictions and foreclosures, expanded unemployment benefits, and called for the restoration of water in homes where the service had been shut off due to delinquent ni.

The governor said the task force is responsible for gathering feedback from the most impacted communities and recommending ways to combat health care and economic disparities.

“This is a start,” Whitmer said. “It should not have to take a crisis like this for us to really address this. But here we are. It is an opportunity to examine it, understand it, and to do better.”

Most states have not released data by race. For those that have — Illinois, Louisiana, North Carolina, and South Carolina — there’s been a disproportionately high ratio of Black residents to white residents who have tested positive for the virus and died.