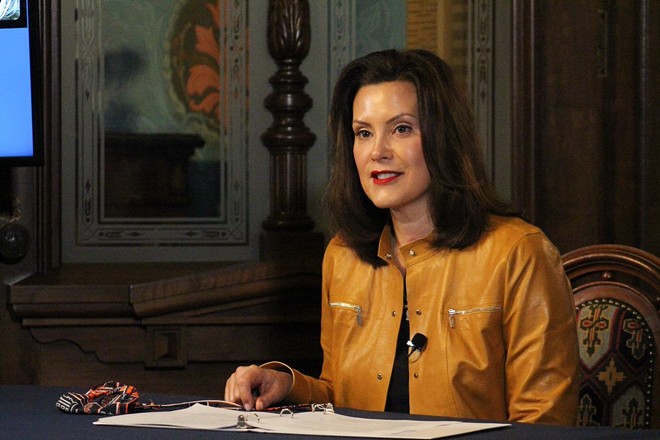 Four Northern Michigan Sheriffs have come together to echo the sentiments shared by thousands of protesters who descended upon Michigan's capital on Wednesday in a dangerous stunt known as “Operation Gridlock.”

The protest, which ultimately created a traffic jam surrounding the capital, was an act of retaliation against Gov. Gretchen Whitmer's stay-at-home executive order, which critics say goes too far by restricting access to gardening supplies from select big box stores and the use of motorized boats. Images and video of the protest show people in clusters blatantly disregarding social distancing. Few wore masks.

“She has created a vague framework of emergency laws that only confuse Michigan citizens,” the letter continues. “As a result, we will not have strict enforcement of these orders. We will deal with every case as an individual situation and apply common sense in assessing the apparent violation.”

Though the sheriffs have agreed to follow social distancing practices, as well as hand washing and wearing masks in public, they say their loyalty is with the Constitution, not with the governor.

“We all get that,” Manistee County Sheriff Ken Falk told UpNorthLive. “The social distancing and you know staying safe and staying home, we all get that as sheriffs but we have citizens that we are here to protect and we’re not here to rule over them like a ruler.”

Falk also says Whitmer's “motorboat thing was a real big kicker,” adding that it's unfair that kayak and canoe rides are allowed under the order while motorboat usage is not, arguing that prohibiting touching a gas pump “one more time a day or week” is “a little much.”

In an interview with MSNBC on Wednesday, Gov. Whitmer referred to the protest as “essentially a political rally,” noting the many protesters who brandished weapons, pro-life signs, and Confederate flags.

“It was a political rally that is going to endanger people's lives because this is precisely how COVID-19 spreads,” she said.

Read the full letter signed by the Michigan sheriffs below.