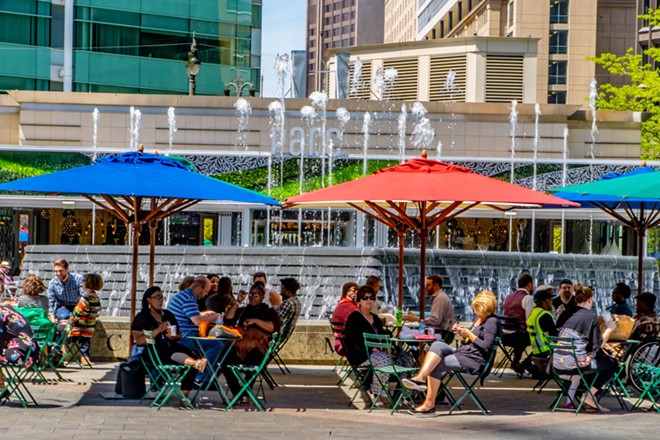 On Wednesday, Gov. Gretchen Whitmer said the protest earlier that day against her coronavirus stay-at-home order — in which people gathered in Lansing, many not wearing face masks, and many disobeying social distancing guidelines by standing close together and touching each other — "may have just created a need to lengthen it" by possibly spreading the virus further.

But on Friday, the governor appeared on Good Morning America saying she hopes to start "relaxing" the state's stay-at-home order by May 1. Ohio Governor Mike DeWine had said he hopes to start to re-open his state's economy by then.

Whitmer tempered her statement, saying, "it's two weeks away, and the information and the data and our ability to test is changing so rapidly, it's hard to [predict] precisely where we'll be in a week from now, much less two."

She added, "it's better to be six feet apart right now than six feet under."

On Thursday, Michigan Senate Republicans announced a five-step plan to re-open the economy, which called for slowly opening businesses up as the number of coronavirus cases drop. Under the plan, large gatherings like concerts and sports would be banned until the virus stops spreading for a month or a vaccine has been developed.

Also on Thursday, Whitmer announced an alliance with six other Midwestern governors, including DeWine, to coordinate re-opening their states' economies. In a joint statement, the seven governors said that though the effort will be coordinated, that doesn't mean the states will take the same steps at the same time.

"Our number one priority when analyzing when best to reopen our economy is the health and safety of our citizens," the governors said in a statement. "We will make decisions based on facts, science, and recommendations from experts in health care, business, labor, and education."