Trump calls for... something... with dangerous 'LIBERATE MICHIGAN!' tweet 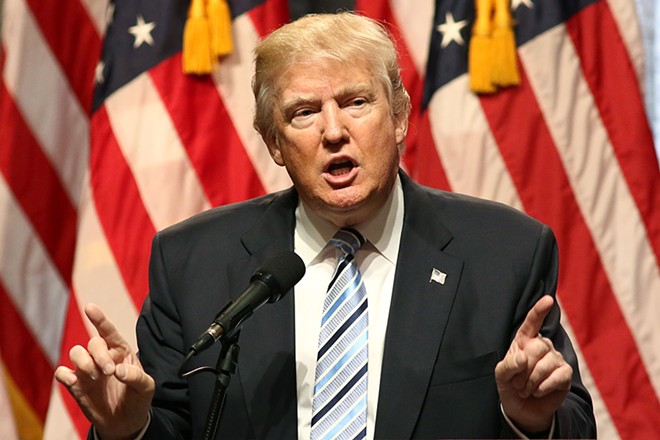 President Donald Trump took to Twitter on Friday with a two-word message that could have a dangerous interpretation: "LIBERATE MICHIGAN!"

Trump also tweeted "LIBERATE MINNESOTA!" and "LIBERATE VIRGINIA, and save your great 2nd Amendment. It is under siege!" The states have all seen protests in recent days against stay-at-home orders from Democratic governors meant to stop the spread of the coronavirus pandemic.

A charitable reading of Trump's tweets — that he is simply referring to the states' economies — is negated by the part where he claims the Second Amendment is "under siege." You know, the amendment about guns and militias.

Michigan has been under a stay-at-home executive order since March, which has closed all but "essential" businesses. On Wednesday, thousands of people took to Lansing as part of "Operation Gridlock" to protest the executive order, arguing it goes too far and hurts small businesses. Some open-carried guns on the lawn of the Capitol Building in an act of rebellion.

The Betsy DeVos-funded Michigan Freedom Fund denied that it organized the protest, claiming that it merely "advertised" it. But when it came time for someone to actually organize the protesters, the group failed, tweeting in vain for the protesters to "Stay in your vehicles!" to prevent the spread of the virus.


People got out of their cars anyway — including many who were armed.


Suffice it to say, seemingly telling these people to "LIBERATE MICHIGAN!" might not be a great idea.

The tweets are a ... let's say "drastic" about-face from Trump. On Thursday, Trump proposed a "phased and deliberate approach" for governors to slowly begin re-opening their economies. In a press conference, Trump said it would be "a gradual process" and told the governors to "call your own shots ... We're going to be standing alongside of you."

So much for that.