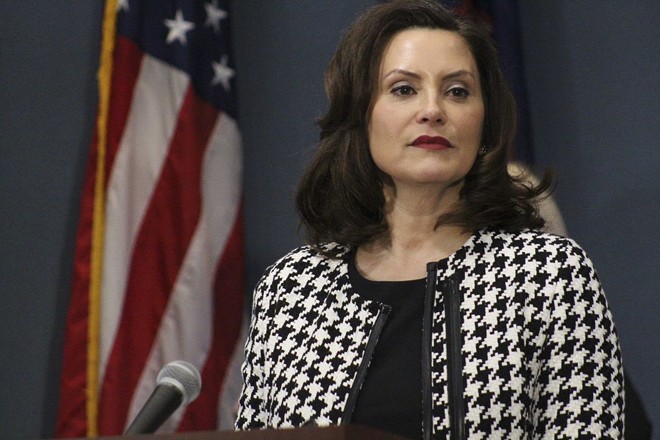 Gov. Gretchen Whitmer said Monday that her stay-at-home order is working as the number of new coronavirus deaths continues to decline.

Whitmer is expected to extend her stay-at-home order, which expires at the end of the month, until there is a larger testing capacity and a significant decline in the number of new cases and deaths.

Although the numbers are declining, dozens of people are still dying a day.

“The last thing I want to have is a second wave, so we have to be very smart,” Whitmer said.

Nearly a third of the new coronavirus deaths — 24 — were reported in Detroit, which has more fatalities per capita than every big city except for New York City. Like the rest of Michigan, the number of new deaths in Detroit is declining. Over the past three days, Detroit averaged 19 new deaths a day. By contrast, the city averaged 28 new deaths in April.

Detroit has more than 7,700 positive cases.

Trump’s administration applauded the city’s handling of the pandemic.

"We really want to thank the mayor for the incredible job that they have done to really ensure that everyone is receiving the adequate testing and health care and they have done quite a good job.”


In the rest of Wayne County, new deaths are down significantly, declining to six on Monday. In mid-April, the county was average 30 new deaths a day.

In Macomb County, the number of deaths rose to 403, up 12 from the day before. The county has more than 4,400 positive cases.

Inside Michigan-operated jails, the coronavirus is spreading at a faster rate. In the past eight days, the number of positive cases among inmates rose from 335 to 561, a 67.5% increase. During the same period, the number of deaths nearly quadrupled, from five to 19.

"What happens next depends on every single one of us," Whitmer said, encouraging residents to continue adhering to the social-distancing measures.