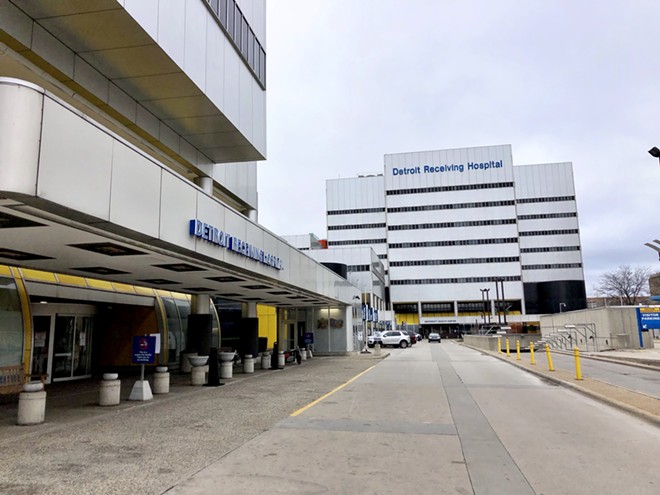 Michigan reported 160 new deaths from the coronavirus Tuesday, bringing the state’s total to 3,567.

Of those, 40 were older cases found in a review of backlogged death certificates.

In the past week, the state has averaged 122 new deaths, down slightly from 133 a week ago.

Despite the grim figures, Michigan is showing signs of controlling the crisis: The number of COVID-19 hospital admissions in Michigan has declined 34.2% since peaking at 3,986 on April 12. During the same period, the number of patients on a ventilator dropped 41.3%, from 1,365 to 801.

Detroit, the epicenter of the coronavirus in Michigan, reported 40 new coronavirus deaths, bringing its total to 987. Of those, 214 are nursing home residents. The city also has more than 8,800 confirmed infections.

Macomb County reported 45 new deaths, its largest one-day increase, bringing is total to 572. The county now has 5,339 positive cases, up 94 in the past day.

Oakland County’s death toll increased by 23, pushing its total to 654. The state’s second-largest county now has more than 7,000 positive cases, up 99 in the past day.

The coronavirus, which has hit southeast Michigan the hardest, continues to spread throughout the state, with significant increases in Kent County, where the number of positive cases nearly doubled in the past week. Genesee County also is getting hit hard, with 1,533 positive cases and 165 deaths.

In the past 15 days, the number of inmates who tested positive in Michigan-run jails has nearly tripled, from 370 to 1,074. During the same period, the number of deaths increased from eight to 38.

In Michigan, 13.6% of the population is Black, but the group makes up one-third of the state's coronavirus cases and 41% of the patients who died. White people account for 32% of the positive cases and 45% of the deaths.

The death rate is higher for men, who make up 54% of the fatalities but 45% of the positive cases.

Globally, there are nearly 3.1 million coronavirus cases in 185 countries, and more than 215,000 deaths as of Tuesday afternoon, according to Johns Hopkins University & Medicine. The U.S. has more positive cases than any other country in the world, with more than 1 million confirmed infections and 57,608 deaths.

You can read why the coronavirus hit Michigan harder than its neighboring states in this week's issue.