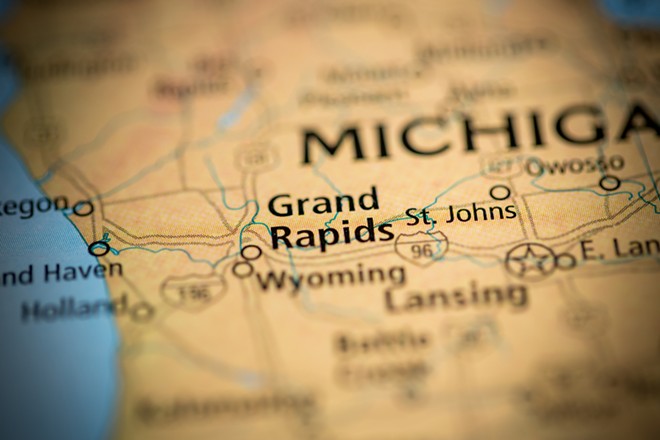 The coronavirus outbreak that has infected tens of thousands of metro Detroit residents is increasingly spreading to less populated areas of the state, where hospitals and intensive care units are in short supply.

Ten days ago, 81% of the coronavirus cases were in Macomb, Oakland, and Wayne counties. That dropped Thursday to 71% as a new wave of infections is reaching every corner of the state.

Of the state’s 80 counties outside of metro Detroit, 75 have confirmed infections and 31 have at least 50 positive cases.

Most strikingly, at least 24 of those counties reported a higher rate of increase in new cases over the past 10 days than the tri-county area that makes up metro Detroit, according to a Metro Times analysis. During that period, metro Detroit’s new COVID-19 cases increased 17.6%.

By contrast, in Iosco County, where 25,000 residents live, the number of new cases more than tripled in the past 10 days, from 15 to 52. In Ionia, a sparsely populated county between Lansing and Grand Rapids, the number of confirmed new infections nearly tripled, from 26 to 76. And in Alpena County in the northern Lower Peninsula, new cases more than doubled, from 35 to 82.

“Our rural hospitals are simply not equipped to handle an influx,” Gov. Gretchen Whitmer cautioned at a news conference on April 24.

Many rural residents and public officials have blasted the governor for imposing a statewide stay-at-home order, believing the coronavirus to be largely confined to metro Detroit. Many of them believed their isolation would shield them from the virus, and they've parroted President Donald Trump's rhetoric that downplayed the severity of COVID-19. On Thursday, people protested Whitmer's executive order by gathering in Lansing and storming the Capitol Building, flouting the state's ban on large gatherings. Many did not wear face masks. Whitmer has chided the protesters, saying an earlier demonstration against her executive order "may have just created a need to lengthen it."

Now they're discovering that public health officials were right all along: No area is immune to outbreaks.

Rural counties aren’t the only ones experiencing a dramatic rise in cases. In Kent, the largest county outside of metro Detroit, the number of new cases rose from 626 to 1,479 in 10 days. During that period, Kent County recorded more new cases than Oakland or Macomb counties. Only Wayne County, the epicenter of the coronavirus in Michigan, had a larger increase in cases.

Grand Rapids-based Spectrum Health has begun hiring hundreds of temporary health care workers and set up a 250-bed facility to handle an influx of cases at Grand Valley State University in Kent County.

State officials expressed concern about the flare-ups in western Michigan.

“While we’re seeing a statewide plateau, some counties are actually seeing an increase in the rate of rise in their areas, in particular on the western part of the state,” Dr. Joneigh Khaldun, the state’s chief medical officer, said at a news conference Wednesday. “We still have to make sure that in other areas of the state, where we are seeing increasing numbers of cases and less hospital bed capacity, we’re able to manage any surge in cases.”

On the state’s east side, neighboring Bay, Saginaw, and Genesee counties each recorded higher increases than metro Detroit in the past 10 days.

Here are the counties that experienced at least a 30% increase in new cases, compared to metro Detroit, in the past 10 days: