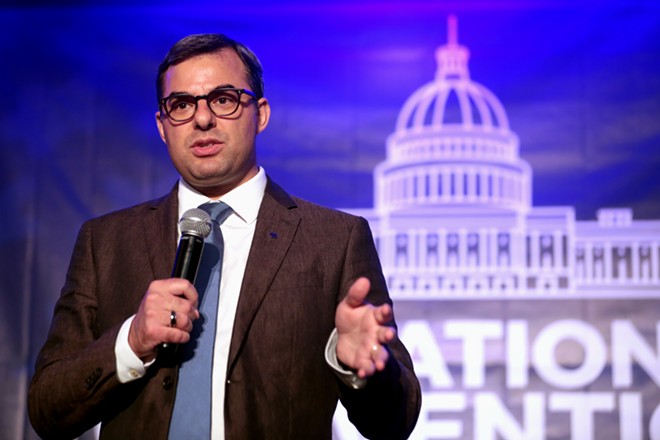 Days after announcing he was seeking the Libertarian Party nomination for president, Michigan's U.S. Rep. Justin Amash sat down with Reason magazine for a freewheeling conversation for their podcast. One of the questions Amash was asked was how he would have handled Michigan's coronavirus crisis.

Amash said he would have given local municipalities flexibility over how they would respond.

Gov. Gretchen Whitmer's stay-at-home order, which has shut down much of the state's economy since March, has drawn ire from Republicans who feel it's a "one size fits all" approach that goes too far. However, it's worth pointing out that coronavirus cases are on the rise across Michigan beyond metro Detroit, including in Grand Rapids' Kent County.

Amash conceded that the coronavirus is "a big issue" and added that "it's hard to say whether we've overreacted."

"We don't know what will happen with the virus, so at first you have to take some pretty extraordinary measures," he said. "But a lot of these measures can be taken by society. I'm not sure that they all have to be compelled by government, and that's a big difference between my approach and maybe some of these governors' approaches, where I would say you can make more decisions at home and there's a lot of reasons to think that people would make voluntarily the right decisions."

He added that there's "data on this showing that many people would just make the right decisions in these circumstances. I'm sure governors nudging it along does also help, but you want to give people the most room possible. We've overreacted in some ways and maybe under-reacted in other ways."

There's perhaps some merit to the idea. The World Health Organization conceded that there are "lessons to be learned" from Sweden's approach to the coronavirus pandemic. Unlike other European countries, Sweden did not impose strict lockdowns. Instead, it relied on individual responsibility and was able to keep most of its economy open. However, some experts have criticized the Swedish approach, saying there is not enough data to say whether it worked or not.

You can listen to Amash's interview with Reason here or watch a video here.