Gov. Whitmer extends coronavirus stay at home order to May 28 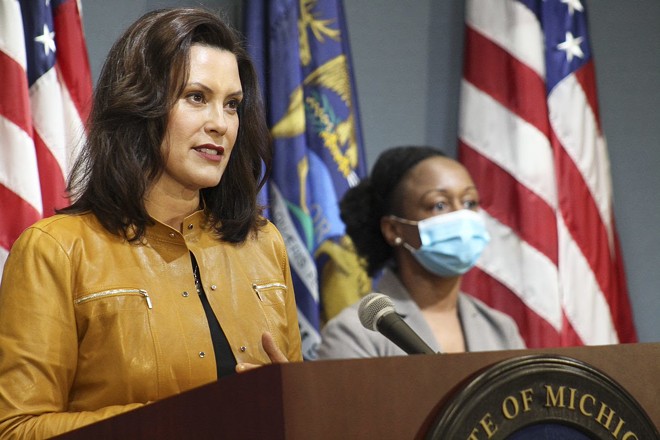 Looks like we're stuck inside for at least a little bit longer — including Mother's Day and Memorial Day weekend. Gov. Gretchen Whitmer extended her stay-at-home executive order coronavirus response through May 28.

The order, originally issued March 23 and extended subsequent times, was previously set to end May 15.

While executive Order 2020-77 extends Michigan’s Stay Home, Stay Safe order, it also allows some sectors of the economy to go back to work. Manufacturing workers, including those at Michigan’s Big 3, can resume work on Monday, May 11. But work will look different — facilities have to implement coronavirus screening procedures, including a daily health screening and a temperature check, and coronavirus education training for all employees.

Additionally, all workers in all sectors of Michigan's economy must wear face masks if they can't be more than six feet apart from other workers.

As with past versions of the order, Michigan residents are still prohibited from leaving home except to conduct essential business like buying groceries or fuel, or to engage in "safe outdoor activities" like walking in a park.

"We're turning the dial and starting to re-engage the economy," Whitmer said at a press conference this afternoon. "Our hard work is paying off."

She added, "The number of cases we’re seeing is starting to plateau because your staying at home is making a difference."

The sentiment was echoed by Detroit Mayor Mike Duggan, who said on Thursday that the city was closing an underutilized field hospital at TCF Center because Detroiters did a good job of social distancing.

Whitmer also detailed the six phases of her MI Safe Start Plan to re-engage Michigan’s economy. The phases include:

3) FLATTENING: The epidemic is no longer increasing and the health-system's capacity is sufficient for current needs.


According to Whitmer, we're only on Phase 3.

"It's terribly important that we don’t let our guard down now and we consider this a real threat because it is."

Michigan's stay-at-home order now coincides with the end of Whitmer's declaration of emergency. The Republican-led legislature filed a lawsuit against Whitmer for extending the state of emergency without Congressional approval.

"Only the legislature has the power to extend the state of emergency," House Speaker Lee Chatfield said.

Whitmer extended the order citing a 1945 law that she said allows the governor to extend the emergency for as long as necessary. The lawsuit argues the law only applies to local emergencies.